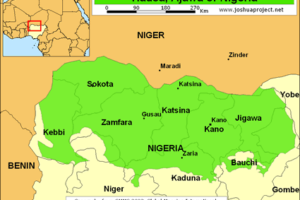 The Department of African Languages and Cultures, Ahmadu Bello University (ABU), Zaria, Kaduna State has come up with a report that about 120 people speak Hausa language in Nigeria.

A communiqué signed by Dr. Balarabe Danladi at the end of a one-day colloquium organized by the Department said that numerical strength, was a major consideration in which language becomes official.
“This is because, it has speakers all over the world and the speakers are grouped into native and non-native speakers.
“In Nigeria, native Hausa speakers exceed 70 million and non-native speakers who use Hausa as second language are likely to be between 40 and 50 million on a conservative estimate.”
The communiqué said that it had also been observed that more than one-third of the total population of Nigeria understands Hausa language.

“Hausa is a lingua-franca in Nigeria. This position has made it easier for Government to promote Hausa to the level of an official language in Nigeria.
“The argument is that a language that acquires lingua-franca status demands little effort from the government and scholars to qualify as an official language.”
It said that Hausa language is used in Mosques, Churches, business transactions and a host of other social and political activities.
The communiqué said that Hausa language has international recognition, which served as a good index to initiate the process of making it an official one.
It said that Hausa has been recognized internationally in various spheres such as Microsoft, foreign universities, international media, Facebook and other international works, and that adoption of indigenous language, particularly Hausa, would facilitate national growth and development. [myad]