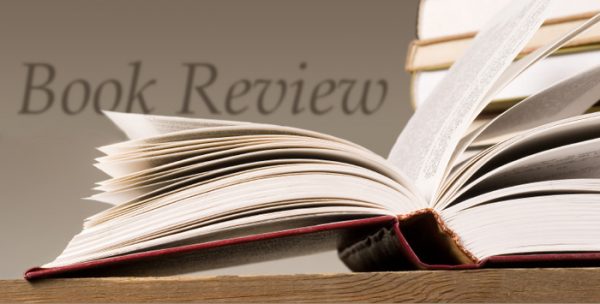 The Rise and Fall of the New Nigerian Newspapers, a 271 page book, written by Gausu Ahmad, Associate Professor of Mass Communications, Bayero University, Kano (BUK, is a welcome addition to the growing list of literature on that great institution, established by the Premier of the defunct Northern Region, late Sir Ahmadu Bello, the Sardauna of Sokoto.  Gausu Ahmad, who cut his journalism teeth at the New Nigerian Newspapers, is eminently qualified to shed more lights on that great newspaper that has been in abeyance. He has the advantage of an insider who also brings his scholarly and journalism training to bear on his subject. The book which is divided into six parts has sixteen chapters.

As expected Gausu Ahmad explores the theoretical insights in mass media studies including media political economy theory as well as the contemporary global trends in the newspaper industry. He also addresses the political development of Nigeria, socio-cultural development and military incursion in politics. While looking at the global trend, he indicates that threat to newspapers started long ago with the advent of radio followed by television. Now the social media has further eroded the influence and power of newspapers. Gausu Ahmad also traces the development of the press in Nigeria starting with the colonial times and moving forward to the era of anti-colonial agitation up to independence and the era of military incursion into politics, as well as the civilian era.

The author reviews press freedom within the milieu of colonial, post- independence, military and civilian rule. On the other hand, he harps on the role of the media and government relations, emphasizing that they help disseminate policy, promote initiatives, release information to public and test reactions to new laws. He also examines press freedom as it affects newspapers during the period earlier stated. Generally the 50’s were period of anti-colonial agitation and the press played their nationalistic role to the hilt. On attainment of independence, the press tended to be voices of regional governments while at the same time remaining nationalistic in their approach to issues.

Before the advent of the New Nigerian, the war of propaganda among the regional governments and the federal government as well as between the regional governments was intensive. The Northern Peoples Congress (NPC) controlled the Federal Government and was at the receiving end of a hostile southern press.  In this war the north was the underdog. The Daily Times, Tribune, the West African Pilot and the Daily Express were concentrated in the West. The East had the Nigerian Outlook. As is common knowledge, the Nigerian Citizen was the forerunner of the New Nigerian.  The Nigerian Citizen had earlier been set up by the Northern Regional government in Zaria, where it was published twice weekly.

To stem the tide of negative reporting about the north emanating from the Southern press, the Premier of the defunct Northern Region, Sir Ahmadu Bello decided to establish a newspaper that would report the north objectively and without bias. In short, he wanted a medium that would tell the peculiar story of the north shorn of all prejudices that were prevalent in the southern press. At inception, Sir Ahmadu Bello had enjoined the newspaper “to tell the truth about the north to the world and in return tell us the truth about the world.” Sir Ahmadu Bello declared that the setting up of the newspaper was borne out of necessity because nowadays “if you do not blow your trumpet, nobody will blow it for you for the simple reason that they are too busy blowing theirs.”

It is pertinent to note that hardly had the founder of the newspaper, Sir Ahmadu Bello, turned the sod of the newspaper in 1966 than he was caught-up in the vortex of a bloody military coup which claimed his life. Yet the New Nigerian had the unique advantage of being at the centre-stage of the cataclysmic events which enabled it to capture the tragic and dramatic events in greater detail.  Its accurate and objective reporting and commentary on the coup gave it an edge over other newspapers, and helped to cement its reputation and integrity. Moreover, the author notes that the masterful coverage of the civil war by the New Nigerian further established the newspaper’s reputation and catapulted it to national prominence.

Still, even though it was billed to be the mouthpiece of the north, yet its founding fathers had emphasised that the newspaper must avoid generating sectionalism, be it at state, religious or ethnic level, but should instead promote a harmonious relationship between all the diverse people of Nigeria. It is to the credit of the managers and editors of the newspaper that they were not only faithful to the dream and vision of Sir Ahmadu Bello but that they went on to build a reputable newspaper anchored on truth, objectivity and accuracy. Because of this, the newspaper was respected by both friend and foe. Due to its reputation, the newspaper commanded the respect of both the public and the authorities who also came to depend on it for support on vital issues.

Indeed, the author treats the main topic exhaustively relying on narratives from principal actors in the New Nigerian Newspapers who provide insight into the nitty-gritty of the newspaper’s operations. Besides, its founding fathers had created a template for its success by diversifying its source of revenue, with the aim of weaning the newspaper from government dependence. They had also created a succession plan and human resource development programme in the company to ensure a smooth transition of management at all times. It’s worth emphasising that the newspaper was the first to print simultaneously in both the north and south.

Still, as the author notes, the breakup of the monolithic northern region into states marked the beginning of neglect by its owners, that is, the Northern State governments. By 1975 the Federal Government had taken over 100% ownership of the newspaper. By the time the military handed over power in 1979, the new democratic government simply starved the newspaper of funds. Subsequent military regimes that came onboard fared no better. Things further worsened with the introduction of the Structural Adjustment Programme (SAP) by the Babangida administration in 1987.

The author notes that with the introduction of SAP by the government and subsequent devaluation of the naira it became prohibitive to procure inputs for newspaper production, since everything was denominated in United States dollars. Lagging behind in new technology and modern production methods the newspaper became obsolescent. Thus it could no longer attract patronage from advertisers who by now had begun to demand for colour printing. In large measure, this contributed to a major loss of revenue from advertisers. Now the ownership structure of the newspaper greatly contributed to its abject situation. With government funding dried up the newspaper was left to its own devices. Its initial investment in property development and diversification of business failed to bring in the expected dividend. Again the careful succession plan laid out by the management was torpedoed by successive governments, preferring instead to pick and chose both the chief executive and editors.

Despite the countless challenges besetting the newspaper in the 90s and beyond, its editors were able to maintain a reasonable level of objectivity, accuracy and integrity. While some of the chief executives and editors were able to steer the newspaper in the path of accuracy and objectivity, others towards the end of its life totally deviated from the right cause, engaging in grovelling sycophancy and pandering to the powers that be. Regrettably, this further eroded whatever remained of its credibility and goodwill with the public. At a point in the life of the newspaper, it virtually made a somersault as its editorial integrity became questionable. It’s a sad commentary that from the Olympian heights of glory, the newspaper had compromised on truth and objectivity, and thereby diluted its reputation.  Thus a newspaper which at the height of its glory sold over 100,000 copies daily could barely muster 1000 copies daily towards its twilight.

Furthermore, the author asserts that by the time the Federal Government decided to return ownership to the Northern states governments in 2006; the New Nigerian was far too gone for the 19 northern states to rescue the newspaper from the throes of imminent death. The north of 2000 was a far cry from the monolithic Northern Region of the 60s. There was a conflict of interest among its owners as some of them had already established their own newspapers. Because of the discordant voices from the north, the various state governments therefore felt they no longer owed any allegiance to the New Nigerian. So it was left to stew in its own juice. It is a grand irony that the New Nigerian which at inception was backed by the latest technology in modern printing shut down in 2013 after forty seven years of existence, relying on obsolete technology.

In summary, the author traces the fall of the New Nigerian to ownership structure with particular reference to the Federal Government which virtually starved the newspaper of funds. The demise of the New Nigerian was further hastened as a result of the crass negligence by the Northern State governments, its original owners.  The Structural Adjustment Programme of the Babangida regime was like a dagger thrust through the heart of the New Nigerian. The government further compounded the situation by its decision to tamper with the succession plan laid out by the management of the company.  Again failure to adhere strictly to professionalism further jeopardised the fortunes of the newspaper.

Finally, the author has gone into great details to provide insight into the beginnings of New Nigerian, its early success story and the subsequent decline leading to its unfortunate closure. Even though well put together, still there’s need for adequate proofreading to remove errors and repetition in some cases. A well-researched book, the author provides anecdotes based on interviews with past chief executives and editors of the newspaper.