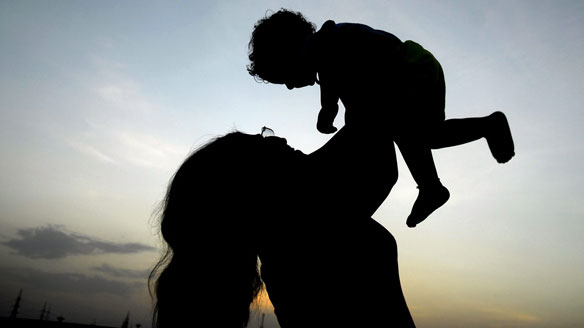 Nearly 40 years after Nigerian-Cameroonian musician Prince Nico Mbarga released Sweet Mother; the classic song remains as popular as ever. Why wouldn’t it be? Named Africa’s favourite song by the BBC in 2004, Nico’s melodious tune is adoration to the most phenomenal personage in humanity — the mother.
However, as fresh as the song still is, one cannot but notice that it is now, in several ways, limited in its expression of the role and responsibilities of mothers. They no longer just console their crying babies; mothers now contribute so much more to their children’s overall wellbeing. Thus, it’s not that Sweet Mother has lost its taste, it’s just that our mothers have gotten sweeter.
It is no coincidence that global development has come at a time of greater empowerment for women. Successful corporations, business ventures, public and private institutions are populated with mothers nursing their organizations to greatness. Our mothers are not just managing homes, they are handling the welfare of nations.
Our mothers have also taken to socio-political leadership with the same fervour that they have demonstrated in caring for their children and family. Political leaders such as Hillary Clinton, Ellen Johnson Sirleaf, and renowned social activists like Aung San Suu Kyi and Oby Ezekwesili exemplify the empathy and endurance intrinsic in every mother. Botswanian Mom, Dr. Matschidiso Moeti recently became the first female head of WHO African region, a vote of confidence on the ability of mothers to take care of not just their offspring but the society at large.
While there are real difficulties in merging increased societal involvement and devotion to family, mothers around the world are rising above the challenge. By tending us– their offspring, they make great people, and by tending our society they make greater nations.
As we celebrate them today, let us appreciate their contributions, support their efforts, and most importantly fight with and for them against the challenges that continue to limit them. How better to fight for our mothers than to always remember their sacrifices.
Happy Mothers’ Day. [myad]