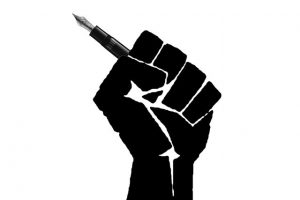 Abba Dabo took me to Kano in 1984. He was my Editor at the New Nigerian Newspapers in Kaduna before his appointment as Chief Press Secretary to President Shehu Shagari in 1983. By 1984, he was appointed Managing Director of Triumph Newspapers Kano.

“I took Yawe protesting, kicking and crying to Kano”, he is fond of saying anything we meet these days.

He is right. At the time, I did not like Kano. Kaduna – with its green bottles and their liquid contents, beautiful and willing girls – was my ideal town. I was a young dashing reporter with the unholy ambition to paint the town red. Kano was too serious a city for me. The men I saw there were either serious religious mullahs or even more serious merchants.

But Kano tamed down my restless soul. Before moving to Kano, I had lived a short but turbulent life as a reporter. For the first time as an itinerant reporter, I was able to keep a job for three years. It was in Kano I made it to the pinnacle of journalism as an Editor.

I also made many, many friends in Kano – too many to mention. The most remarkable man I befriended in Kano was a colleague by the unusual name of Abdullahi No Sweat.

Abdullahi was also a product of Abba Dabo at the Triumph newspapers. A self-confessed rascal, he was rusticated from secondary school in the 50’s for “extreme insubordination” after he slapped a white British school master. He went to school in Yola with the who is who in Adamawa State. Bamanga Tukur was his headboy, Murtala Nyako, Professor Jibril Aminu, the Lamido of Adamawa, J JFwah, the King of Bata, Atiku Abubakar as Vice President nick named him “No Sweet” after a series of questions from the hard-hitting reporter, was also his junior in school.

He left Nigeria in 1960, the year of our independence by stowing away in a ship to London. And for 23 years, he kept wandering all over the world without caring about Nigeria. Abba Dabo as Editor travelled with President Shehu Shagari on a State visit met him in Pakistan in 1983 where he was the lead actor in a Pakistani movie. President Shagari’s ADC, Col Isa Usman Garkidawas Abdullahi’s classmate in Yola and had fished him out in Pakistan to come and meet his President.

It was strange for the President to hear that a Nigerian could speak the Pakistani language very fluently and even act a film in it. It was even more strange for him to hear that this Nigerian had not been to his home country since independence and had no immediate plans to visit home. When the President asked him how soon he wanted to visit Nigeria, he simply replied, “someday”.

President Shagari was told the extraordinary story of Abdullahi’s travels all over the world in 23 years and his ability to speak different languages on all continents of the world. He wanted to use such vast knowledge for the benefit of Nigeria. He did not take the “someday” answer from Abdullahi but wanted him back immediately.

Back to Nigeria, Abba Dabo who wrote a popular column in the Sunday New Nigerian introduced him to his readers as “Nigeria’s Ambassador Extraordinary.” Before long, Abdullahi was bundled back to Nigeria in 1983 by presidential decree. Sadly, by the end of 1983, Muhammadu Buhari moved his troops to sack Shagari as President of Nigeria.Abdullahi who came back to Nigeria by Presidential decree became stranded. There was anew Pharaoh in town who did not know Joseph.

Abba Dabo, the greatest Editor I have ever worked under took him to Truimph newspapers. At first, he was in the sales department. But the self-confessed rascal wrote a petition against his Sales Manager alleging that he had embezzled N300 (three hundred Naira). An internal investigation was carried out which proved that the allegation was true.

The atmosphere became so tense in the department that he was transferred to the editorial department and made the Chief Proof Reader. As the Group News Editor, he was under my watch.

The newsroom in any newspaper is considered a mad room. A newsroom with Abdullahi No Sweat is the maddest I have ever known. It was a house of commotion withAbdullahi as the lead actor. He regaled us with stories of the five wives he married in America, whom he divorced all; his life in Iceland as a fisherman, his Indian hemp smoking encounters in Jamaica with Bob Marley, the Reggae King; his business trips from Holland to Kathmandu in Nepal where he run a bus charter service known as “No Sweat over land Tours” with his fellow hashish smoking hippie men; his experiences in a German homosexuals night club as a striptease dancer; his life as a Mujahadin fighter in Afghanistan with Osama bin Laden when the Soviet Union invaded the country in 1979 and he and other comrades were trained by Americans to fight the Soviets; the stories were endless and salacious.

But not everybody in the newsroom was interested in his stories which offended their religious sensitivities. Fist fights often broke out. He had practiced many professions in his wandering life and he told us of all. But one profession which he did not tell us was that he was also a pugilist along the way. Anytime a fight broke out, he knocked down all his opponents. One day, Nii, a Ghanaian sub editor tried to separate a fight between Abdullahi and his opponents and got a black swollen eye in the bargain.

As the leader of the newsroom, I had to find a solution to the endless commotion which Abdullahi No Sweat brought to my turf. I decided to befriend him. That was how our friendship started.

Over the years, we have become more of brothers than friends. When I left Triumph in Kano to take up a job with the Gongola State Government in 1987, he left with me. We found a beautiful well cultured Fulani girl for him and since 1988 they have remained married and raised wonderful intelligent children.

When I lost my grandfather in 1987, the man who brought me up – the Rev JEI Sai, the first Tiv man to be ordained a Priest – Abdullahi was there for his burial; he also attended my father’s burial and that of my senior brother Sam. In 2016 when I lost my mother, Abdullahi’s health was bad and I told him not to bother to come. He screamed at me and came – arriving my remote village two days after my mother was buried.

My mother till death considered him one of her children. When he married Aina, his Fulani wife, we took them to our village for their honeymoon. He woke up the following morning to tell me he was going to Wukari. I asked him to do what. He replied that since there was no Mosque in my village, he was going to look for one to pray. Knowing his history with the five other women, we never allowed him to make the trip to Wukari.

Often, he would travel to my remote village at my back and load his vehicle with as much foodstuff as the bus could carry. On hearing of my mother’s death, he phoned to say “Emma you have not lost a mother. You have lost a great mother.”

The greatest regret of my life with him is that he nominated me to write the book on his global wanderings. Somehow, my unsettled life has made it impossible. That wonderful story has been written and will soon be made public this year.

Here is wishing my friend and brother Abdullahi No Sweat who turned 80 in March this year a happy birthday. [myad]