Home ART & ENTERTAINMENT As New Deji Of Akure Emerged, The Regent Complains Of Not Being... 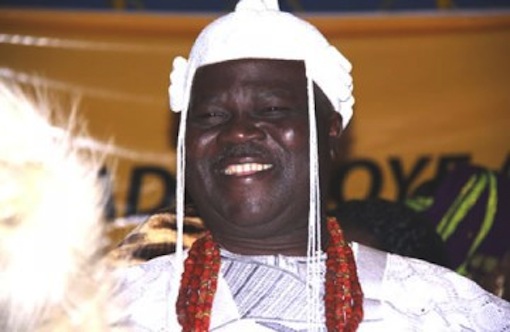 The Ondo State Executive Council has approved the appointment of Prince Kole Aladetoyinbo by the kingmakers in Akure as the new Deji of Akure land even as the Regent of Akure, Princess Adetutu Adesida, has protested that she was not informed about the process of the selection of the new Deji by the kingmakers.

In a statement issued by the Ondo state’s Commissioner for Information, Kayode Akinmade, the State Executive Council gave the approval today at the Council’s meeting. He said the approval followed the unanimous decision of the kingmakers to elect Aladetoyinbo among other contestants to the vacant stool at their meeting Saturday last week.

Oba elect, Aladetoyinbo will be presented with the staff of office at a date yet to be announced.

He reigned for only three years having ascended the throne in year 2010.

But today, the Regent, Princess Adesida complained that it would not be in the interest of peace and tradition of the town to be caught unawares by the installation process being embarked upon by both the kingmakers and the government.

The regent said the kingmakers and other relevant government agencies should have informed her about the process so that she could be psychologically prepared for her exit from the palace.

She said that it was wrong for the new monarch to meet her in the palace because of lack of information, although she admitted that the Regent has no role to play in the selection and installation of the monarch for the town.

She however said that she deserves to be carried along as a critical stakeholder in the town. [myad]