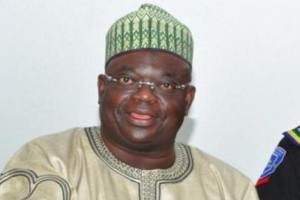 The little child that was later named Mu’azu Babangida Aliyu was born in Chanchanga, Minna, Niger State on November 12, 1955. Early in life, the young Mu’azu demonstrated traits of leadership qualities that showed him as destined to be a leader of men. During his elementary and secondary school days, he was appointed a monitor in clear acknowledgment of his leadership qualities. The man whose royalty is never in doubt enrolled at the Central Primary School, Kuta in Minna and Sultan Primary School, Sokoto. He headed to the College of Arts and Arabic Studies, Sokoto, after his primary education where he graduated in 1974.

Thereafter, he went to the College of Education in Sokoto, where he bagged the National Certificate of Education (NCE). In search of more academic laurels, he was at the Bayero University, Kano and Pittsburgh, Pennsylvania, United States of America where he obtained a Bachelor of Arts Degree in Education and later capped it with a doctorate degree in Public and International Affairs in 1989.

To demonstrate his love for ordinary folks, he became a union leader who was at the forefront in fighting for improved conditions of service for workers. Realizing that unionism had its limitations; he threw his hat in the ring and was elected House of Representatives from the Chanchanga Federal Constituency in 1983. His dream of a prosperous political career was soon cut short as the military threw out the then administration of President Shehu Shagari from the corridors of power.

With the military back to power, the unionist turned politician returned to the public service where he walked to the pinnacle of his career, culminating in his appointment as a permanent secretary in the Ministry of the Federal Capital Territory (MFCT) in 2001.  His tenure at the MFCT was not devoid of challenges, as he walked a tight rope in adhering to the rules of civil service and at the same time not offending the political leadership, headed by Engr. Muhammad Abba Gana. It is to his immense credit that he avoided heady moments with the Abba Gana whose weakness then was his inability to turn down requests from politicians. In consideration of Aliyu’s astounding wealth of experience in bureaucracy, then President Olusegun Obasanjo never let anyone in doubt that he was committed to building Rome in one day. Having one of the nations’s tested brilliant technocrats in charge of the administrative saddle, the Talban Minna was later to champion the reforms envisioned by the Obasanjo administration.

It was while serving as the permanent secretary in the Federal Ministry of Transport that he resigned to contest for the 2007 Niger State governorship poll. Having reached the zenith of his career as a permanent secretary, the blue blooded technocrat and scion of the Usman Dan Fodio’s lineage once again returned to the political turf. All that followed is now history. Throughout his eight years as Niger State, he provided what he described as “Servant leadership,” insisting that leaders are elected to serve the people.

Niger State presently bears eloquent testimonies of his eight years’ footprints in the development of wards, security, education, massive infrastructural expansion and engaging the citizenry for participatory democracy.  While the North was turned into a fiery furnace of terrorism and religious violence, Niger remained a safe haven, apart from the Boko Haram bombing that took place in Suleja in 2012. Aliyu also proved his mettle when he ensured that both adherents of Islam and Christianity were treated justly, as he provided pro-active governance and was always a step ahead of those plotting to plunge the state into chaos.  Urbane and an erudite communicator, Aliyu’s greatest asset is his ability to build consensus across religious and political divide. He sees honest leadership as the anvil upon which the development of humanity can be realized. The essence of life, considering his footprints on the sands of his 61st earthly sojourn, bears testimony that education and courage remains the building blocks for the improvement of people’s lives.

I have known the Chief Servant for over 14 years, and the dearth of courageous men like him on the present political turf is widening the gulf of negative partisanship and delaying the dawn of a new day for our nation. His leadership of the Northern Governors’ Forum (NGF) provided a platform in tackling some of the scourges that have bedeviled the troubled House Sir Ahmadu Bello built. The former Chief Servant of Niger State discontinued discriminatory fees between settlers and natives and, thereby, expanding the frontiers of national integration by emphasizing on the humanity of Nigerians. Out of power, not a few Nigerians now appreciate the relevance of Aliyu’s legacies in bonding various units now screaming for balkanization.

As  a humanist who believes in justice and fairness, irrespective of religious and political affiliations, the Talba  sees issues not from the prism of religion, but on the need to enthrone equity and provides the citizenry an opportunity to  realize their full potentials in all fields of human endeavour. The former technocrat views and treats all religions on scale of justice, thereby justifying the assertion that violence can only occur when the political system engages in injustice. The peace enjoyed throughout his reign as the Niger State Chief Servant attested to his relentless pursuit of peace.

Aliyu is an epitome of courage as he is not afraid to be politically incorrect in telling the truth. With Talba, you knew where he stands. He is never capable of nursing a grudge. His fire of anger easily dies out as soon as he makes his displeasure known. He can be so forgiving, and most often times, his aides take advantage of this pardoning spirit. He takes everything in his strides and does not regret the past.  Life to him seems to be “forward ever and backward never.”

At the height of financial profligacy that trailed the SURE-P programme, Aliyu shocked his party in 2014 when he told Nigerians that they were just being taking for a ride by the then administration of Goodluck Jonathan. Later discoveries were to prove that the Chief Servant said nothing less than the truth.   He was among the PDP governors that rebelled against the tyranny of his party. However, when other governors defected to the then mega coalition that later turned into the All Progressives Congress (APC), he, with then Governor Sule Lamido of Jigawa State, refused to abandon the PDP, insisting that it was against his principles.

As Aliyu celebrates his 61st birthday on November 12, I am sure the occasion should provide an opportunity for him and his political like-minds to ruminate on the affairs of our nation. In a country that is increasingly divided along religious and political divide, the resurgence of such courageous traits is needed to rediscover our nation and pull it from the woods. Talba’s relevance and his footprints in governance and public service should serve as a wake-up call on the current administration to arrest the negative political partisanship that is driving the nation into combustion. A study on how Aliyu turned Niger State into a safe haven should provide recipe to state chief executives on how to put out the little fires threatening national cohesion and development. Herein lies the essence of a politician and technocrat whose footprints are yet unfinished.

Reef, a media professional, wrote this from Abuja and can be reached via: simonreef927@gmail.com. [myad]