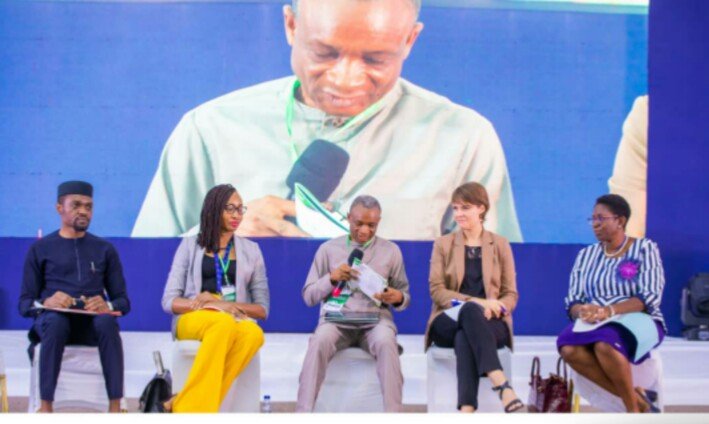 Civil Society Organisations (CSOs) in Nigeria, CSOs have called on the Federal Government to expunge repressive legislation and policies as part of efforts to create a favorable operational environment them.
The programme manager, Global Rights, Edosa Oviawe, who spoke on behalf of other CSOs during a press briefing in Abuja, said that despite the availability of legislations and policies that currently guide the activities of the not for-profit sector, several attempts have been made by different regulatory agencies to introduce new legislations to further regulate CSOs’ operations without recourse to extant legal provisions.
He expressed concerns over the poor level of awareness of existing regulations among relevant stakeholders, including CSOs/NGOs and regulators despite the existence of over a dozen legislations.
“Instead, a misguided perception continues to expand the narrative among these regulatory agencies that CSOs are not adequately regulated.
“Although the need for capacity improvement and enabling regulatory environment require attention to strengthen CSOs operations in Nigeria, it is, however, expedient to address the concerns around the regulatory framework as several issues embedded therein need to be clarified in order to clear the air of the current state of confusion among all concerned stakeholders.
“Currently, there is no unified perspective about what should constitute a body of regulations for CSOs and this has resulted in various interpretations by different actors on how the sector should be regulated. Unless resolved and properly clarified, this issue of multiple definitions will continue to put both regulatory agencies to the boxing of CSO regulations within the broad civic space narrative, where all forms of government repressive actions to the generality of her citizens are interpreted as clamping down on civil society.”
On his part, Registrar-General of the Corporate Affairs Commission (CAC), Alhaji Garba Abubakar, who spoke at the national conference on CSOs operational environment, said that government is working assiduously to create an enabling environment for CSOs to operate.
The programme was supported by the European Union Delegation to Nigeria and West Africa and EU-Agents for Citizen-driven Transformation, ACT, Programme through a collaboration of EU-ACT Programme, Open Society Initiative for West Africa, OSIWA, and USAID-Strengthening Civic Advocacy and Local Engagement, SCALE, aimed at improving the civil society regulatory environment in Nigeria.
He said that in modern times, CSOs are widely understood to be the “third sector” of the economy distinct from government and business.
“The topic ‘unpacking the regulatory framework for CSOs in Nigeria’ presupposes that the environment is currently tightly packed or conscripted and require loosening in order to make it more effective.
“This assumption appears to be an exaggeration or untenable because Section 40 of the Constitution of the Federal Republic of Nigeria (1999) as amended provides that ‘every person shall be entitled to assemble freely and associate with other persons, and in particular.’
“The person may form or belong to a political party, trade union or any other association for the protection of his interests,” he said.
Abubakar said that the constitution had already unpacked the operational environment for CSOs.
The deputy ambassador and head, Politics, Press and Information section of the EU, Elexandre Borges Gomes, said they are great fans of the CSOs in Nigeria and would support them to promote good governance and democracy.