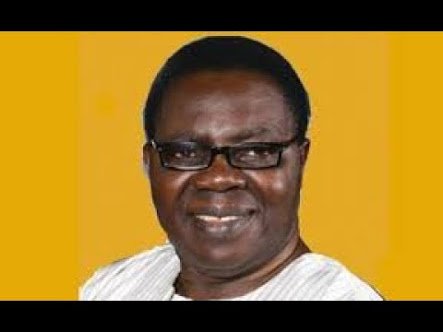 A juju music legend, Chief Commander Ebenezer Obey has confessed that humility and hard work have always been his watchword and have helped him to get to where he is today.

Speaking after being inducted into the Evergreen music hall of fame, at the Ariya Eko Music Festival by the Evergreen musical company yesterday, December 15, Ebenezer Obey advised artists to be disciplined, humble and dedicated while doing music as a career.

The Ariya Eko festival, which had a lot of Yoruba musicians and government officials in attendance, is an annual festival organized by the Evergreen musical company with the support of the Lagos state government.

The Ariya Eko lived up to its promise of organizing a wonderful festival, as, Obesere, Ara, Chief commander Ebenezer Obey and all the other artists, added spice to the show with their superlative performances, keeping the crowd on their feet, when they performed.