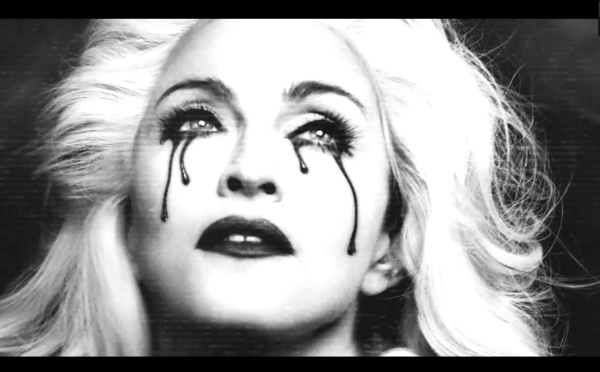 American Pop star, Madonna shed tears during a trip to Kenya as she listened to a man describe how his five-year-old daughter was recently raped by a neighbour in Nairobi’s Kibera slum.

The singer met the man during a visit to Kibera, one of Africa’s biggest slums where she had gone to see how she could improve the lives of its residents.

Madonna Madonna Trevor Neilson, who manages Madonna’s Raising Malawi and Ray of Light Foundations, said the rape incident was an incredibly powerful and disturbing conversation about the realities of violence in the people’s lives. According to Neilson, this story brought Madonna to tears.

The “Material Girl’’ singer, who took her four children to the east African country, posted a video on Instagram showing cleaning of streets, clearing gutters and painting murals.

The Kenyatta’s “charity Beyond Zero’’ provided mobile clinics that offered basic health services to Kenyans in remote areas that recently introduced safe spaces for victims to report gender based violence.

Madonna’s basic belief was that no child, no woman should be attacked anywhere “Period’’, Neilson said.

“There needs to be a bright light shone on this problem, which creates an environment that enables the victims to come forward and forces the law enforcement to pursue these things.’’ Constance Gakonyo, the First Lady’s Chief of Staff, said the two women also discussed ways of working together but they did not go into details.

Madonna’s welcome in Kenya was in contrast to the criticism she faced after visiting Malawi in 2013.

Madonna was accused by Malawi for expecting its government to be forever be grateful to her for adopting two Malawian children and contributing to the construction of classrooms in that country. (Reuters/NAN). [myad]