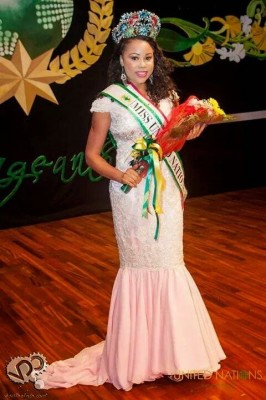 A Non-Governmental Organization-Snow Heart Foundation has scheduled Miss United Nation’s Beauty Pageant (Nigeria) for Nigeria, for May 16. The current Miss United Nations, Miss Precious Chikwendu announced that she has just secured the franchise to host Beauty Pageant in Abuja, Nigeria.
Miss Chikwendu’s Foundation will be partnering also with several agencies for charity works across the country.
She said at a press conference weekend in Abuja that entry for the contest of Miss United Nation beauty (Nigeria) will close on April 7
Miss Chikwendu said that the United Nations Pageant “focuses on volunteer works and each contestant must have a background in volunteer work in her community.
“I would like to urge Nigerians within the age bracket of 19 and 29 years to enter for the pageant because of the vistas it opens for winners.
“Anyone that is chosen to represent her country will receive country’s title.  Even if the person does not win one of the United Nation titles, she will still have her country’s title to do charity work.
“The United Nation Pageant has a category for every woman because we believe that every woman has a voice at any stage of her life.”
She said that shortlisted pageants would be tested in four areas of the competition, including verbal interview, fashion show, appearance in sportswear and evening gown.
“Contestants must be articulate with excellent social and conversational skills, express themselves clearly and diplomatically and must project a pleasant personality and approachable at all times.
“The interview focuses primarily on delegates’ personal information such as hobbies and ambition, and may include opinion questions that require general knowledge of social and current events.”
She pointed out that although the pageant enjoys the endorsement of the United Nations as a body, but that it is not a cash back pageant.
She said that the pageant however enjoys the United Nations’ endorsement as an organization that encourages community-based projects that directly and positively impact on the citizens.
“The purpose of Miss United Nations Nigeria Pageants is to give young women the opportunity to come together in a pageant setting, regardless of their background, to build relationships with other women from all parts of the country who are working diligently to leave a positive impact in their communities.
“As Miss United Nations Nigeria, delegates come together and share their community volunteer projects, ideas and goals with one another; they become unified as pageant sisters in the United Nations Pageants Family.
“This sisterhood strengthens them to see beyond their immediate surroundings and situations and extends their services across the globe. As each delegate shares ideas of how she serves her community, more women would be strengthened and edified because their paths have crossed for good.”
Spokesperson for the Snow Heart Foundation, Ambassador Utchay Odims, who unfolded the pageant at the press conference, said the winner at the pageant would be further groomed to represent Nigeria at the main Miss United Nations Pageant holding later in the year in Kingston, Jamaica.
He said part of the winning criteria of the queen “is an existing pet project or volunteer work for which she would be financially empowered to execute for the benefit of her immediate environment and humanity in general.
“This is in line with the Miss United Nations Pageant ideology, which is geared towards using pageants’ pet projects to empower women socio-economically as well as encourage community-based programmes.”
He announced that apart from Miss United Nations (Nigeria), there are also opportunities for “Mrs. United Nations Nigeria” and “Miss Teens (Nigeria).”
According to him,  while the age bracket for ‘Miss Teens’ is 13 to19 years, ‘Mrs. United Nations’ would create room for married women between the ages of 30 and 60 to also enter for the contest. Winners of the two categories shall be joining Miss United Nations (Nigeria) for the world title in Kingston.
“Interested candidates are advised to visit www.missunitednationsnigeria.org to enter for the contest.  Entry closes on April 7.  Meanwhile, dates of auditioning which will hold across the six geo-political zones of the country would be announced soon after.” [myad]