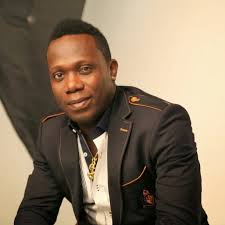 Port Harcourt based singer, Duncan Mighty has blasted his colleagues in the music industry, who he says are living fake lives and claiming to own more than they actually do.
“A lot of Nigerian artistes lead fake lives. They claim to be what they are not, just because they want to meet up their peers and fellow artistes.”
In an interview, the popular musician said: “I live in my own house, it has a swimming pool, lounge and studio and I make bold to say I didn’t buy it. I built it from the scratch. But a lot of these artistes will claim they bought a house for N300m or N400m.
“But I didn’t spend up to that amount to build my house. If you have that amount, say N500m, you don’t go and buy one property. There are many things to do with money. They claim they have state-of-the-art cars, but that is not my priority. I have choice cars, but it takes a lot of money to maintain such cars.”
Why most artistes who hit the spotlight and achieve fame would seek to move into Lagos, which is believed to be the central city for entertainers and the like, the Ikwerre born singer has chosen to remain in Port Harcourt and explained why.
According to Duncan Mighty, his presence in Rivers state has gotten a lot of entertainment stake holders to notice the state and increase it’s popularity.
“I conquered the Lagos market with my first album and I think Nigerian artistes should be able to maximize fame and victory from any part of the country. The fact that I remain in PH city has attracted more entertainment stakeholders to the state, thereby boosting their popularity. I wish other Nigerian celebrities can do or say same about their states of origin.” He said.

See also:  Davido, Chioma In Ibadan When Ifeanyi Sneaked Into And Drowned In Swimming Pool