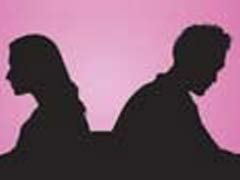 A house wife, Olu Wole has agreed to a divorce suit instituted against her by her husband, Imma Wole before Grade A Customary Court, Mapo, Ibadan, Oyo State.

Responding to the suit, the wife asked the court to separate the two of them because Imma cannot satisfy her in bed.

She complained that Imma and his family have not allowed her to know peace since they got married, adding that she had been enduring their marriage because her husband lacked sexual prowess and has failed to satisfy her in the bedroom.

“My lord, I have endured our marriage enough. I agree that Imma and I part ways.

“Imma and I are always at loggerheads because he has failed to carry out his marital responsibility towards me.

“I am not happy in our marriage because my husband’s sexual prowess is zero. He has failed to satisfy me in bed.”

In the suit, Imma sought for divorce with his wife on the grounds that she was troublesome and rude.

The plaintiff added that the defendant was in the habit of insulting him in the public and fighting him and their neighbours.

Imma told the court he was tired of living under the same roof with Olu because there was no more love between them.

He pleaded with the court to restrain his wife from harassing and threatening him.

“My lord, I am no longer in love with my wife. I pray this honourable court to dissolve our union.

“Olu has no respect for me. She rubs shoulders with me in the home and flouts my orders at will.

“My wife is in the habit of leaving the home without my consent and would leave no clue about her whereabouts.

“Olu would sometimes be away from home for a week or more and would fail to give any convincing explanation when she returns.

“She raises her voice at me any time I show my displeasure at her misbehaviour and will sometimes fight me.

“My lord, my wife once slapped me during an argument and showed no sign of remorse even when our relatives mediated in our differences.

“Olu does not limit her rude behaviour to the home. She also insults and humiliates me in the public.

“Our neighbours are also not spared. She extends her hostile nature to them and fights them at every given opportunity, thus making the compound rowdy every now and then.

“My wife has turned me into a source of ridicule in our compound and neighbourhood. People now jeer at me any time I pass.

“My lord, I no longer want Olu under my roof.

“I entreat the court to restrain her from harassing or threatening me at home or in the office.”

The court president, Mrs. S.M Akintayo, adjourned the case after she had heard both parties.