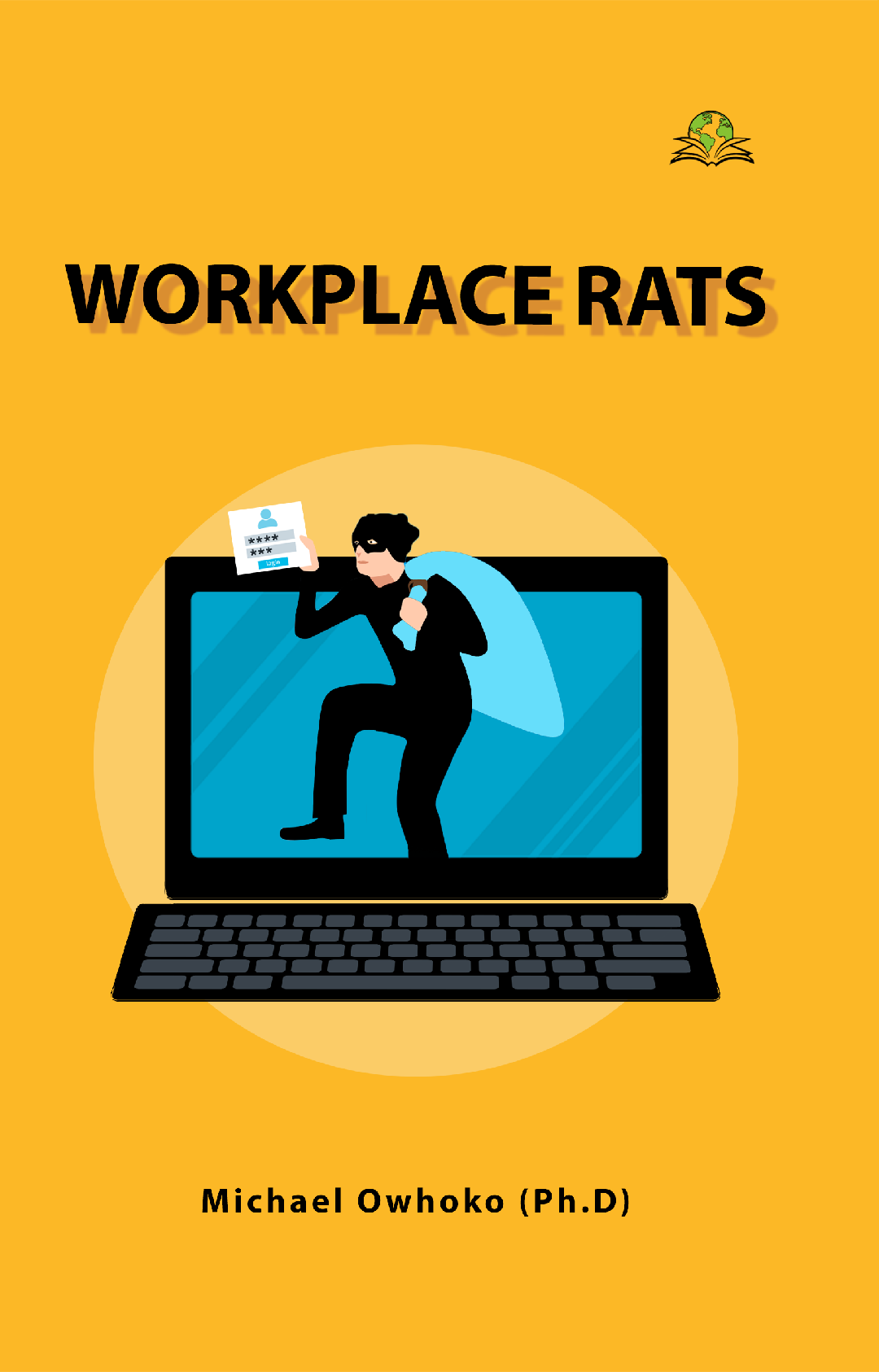 Employees who perpetrate fraud through stealing in the workplace have been labeled as “Workplace Rats” in a new book, which has just been released to the public.

The book, which admits that poor business model and financial management contribute to business failures, specifically identified stealing as a major cause of bankruptcy in organisations.

The book says that some employees and executives within the lowest and highest rung of organizational ladder are pilfers, who often exploit any cavity within the system to generate unearned income for selfish ends, referring to such employees as Workplace Rats.

The book, which reveals motives, schemes, intrigues and tactics deployed by fraudulent employees to rip off employers, also contains ways and how organisations can prevent Workplace Rats from executing their dishonest and unethical practices at the workplace.

Written by Dr. Michael Owhoko, renowned author and journalist, the book is entitled: “Workplace Rats.  It was published by Exceller Books, and is currently on sale on Amazon, Banes and Nobles as well as major bookstores worldwide.

“Fraudsters in organizations are likened to rats at the workplace because they leave in their trail, destruction of valuables and capital through fraud and unethical practices, resulting in most times, to bankruptcy or liquidation.  Like rats, their actions invoke pains as they never add value to anything.  Wherever rats are found, there is complete threat to material order.  They destroy by consuming all valuables within sight,” Owhoko said in the book.

“Like rats, there are people in organizations whose only motive is to perpetuate selfish agenda through methods that advance their interests, even if it is at the expense of the organization. They have prick-proof conscience that does not respond to malevolence, attendant destruction, losses and pains resulting from their actions.”

The author said further that Workplace rats are not limited to employees alone.  “They are also found among entrepreneurs, business executives, politicians and top government functionaries, including civil and public servants.”

He said that the book is a must read not only for entrepreneurs, business leaders, government officials and business influencers, but all Nigerians with potentials to establish their own business in the country.

Dr. Michael Owhoko is a Lagos-based journalist and author who has mostly worked in the banking, oil and gas, as well as media industries where he held senior and management positions. He earned degrees in political science and mass communications, and had authored The Language of Oil & Gas; Career Frustration in the Workplace; Nigeria on the Precipice: Issues, Options and Solutions; The Future of Nigeria; and Feminism: The Agony of Men.He can be reached at www.mikeowhoko.com.