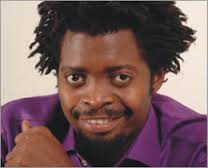 King of Nigerian Comedy, BasketMouth, is representing African comedy as he becomes the first ever Nigerian comedian to perform at the annual “Just for Laughs” comedy festival in Montreal, Canada.

Comedy Central (DStv Channel 122) and DStv will be flying BasketMouth and South African comics John Vlismas and Mpho Popps off to Montreal, Canada this month to participate in the legendary Montreal Just for Laughs (@just_for laughs) comedy festival from July 20 to 27.

BasketMouth will make his Festival debut at various clubs during the week, while veteran South African comedian John Vlismas returns to Just For Laughs to perform in Talk of The Fest, one of the Festival’s premiere club shows. Vlismas’s performance is being taped as part of the Just For Laughs: All Access television series, and will air on Comedy Central later in 2014.

Commenting, Evert van der Veer, Channel Director, Comedy Central, Africa, “African comedy has the potential to be one of the African continent’s most powerful cultural exports and we are very proud to have John, Mpho and Basketmouth representing Comedy Central in Canada. We are delighted to facilitate their presence at Just For Laughs – one of the world’s most important international comedy events.”

Expressing his delight, BasketMouth says: “I am extremely humbled by the opportunity and I intend to give it more than my best shot and the best of me; it is certainly a dream come true.”

John Vlismas added, “I am so excited to be going back [to Montreal] after about nine years… I’m going back a lot more experienced, more divorced, more tattooed and more focussed than ever. I’m going determined to make an impression this time: I’ll take hostages if I have to!”

“Just For Laughs is thrilled to welcome Comedy Central Africa back to the Festival for a third consecutive year.” said Bruce Hills, C.O.O., Just For Laughs. [myad]