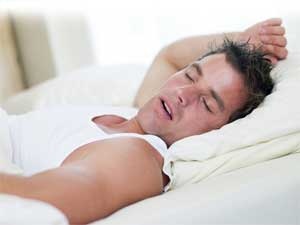 Regularly sleeping over eight hours may be a sign of a serious health risk Oversleeping feels like a treat on the weekend, but regularly sleeping too much is actually a sign that there may be a medical problem at play. According to a new study, people who sleep more than eight hours a day have a higher risk for a stroke compared to people who sleep between six and eight hours.
In the new study, published in the journal Neurology, researchers followed nearly 10,000 people between the ages of 42 and 81 for almost 10 years. They recorded both the amount of sleep they
typically got each night, as well as whether they had a stroke.
Around seven out of 10 of the men and women slept between six and eight hours, and about one in 10 slept more than eight hours a night on average.
The people who slept the most had a 46% higher than average risk of stroke when the researchers accounted for other variables that could contribute to risk. Their risk was about double that of people who reported getting a typical amount of shut eye each night.
Though the study only shows an association, but it’s fairly surprising since in the past, sleep deprivation has been linked to a greater stroke risk, too. The researchers speculate that long
nights of sleep may be linked to increased inflammation, which can
eventually lead to cardiovascular problems.
“Prolonged sleep might be a useful marker of increased stroke risk in older people, and should be tested further for its utility in clinical practice,” the authors conclude. Stroke isn’t the only risk that’s linked to sleeping too much. Physicians sometimes use sleep duration as a indicator for how well a patient is feeling.
Getting too much sleep can often mean something under the hood is off.
“If people are sleeping too much, it’s a bad sign,” says Dr. David Gozal, a pediatric sleep disorders physician at the University of Chicago Medicine. “Very few people can sleep more than what they
need. It’s a sign there is an underlying health-related problem, whether it’s depression, cancer, or neurological deterioration. It’s usually not a good thing.” Gozal was not involved in the study.
If you like to sleep in on the weekends, don’t fret. Occasionally spending extra time in bed is likely not a bad sign, experts say, but when it becomes a regular habit, it might be worth checking out. For now, the researchers of the new study say their findings need further investigation, and priority should be given to understanding the underlying mechanisms. [myad]