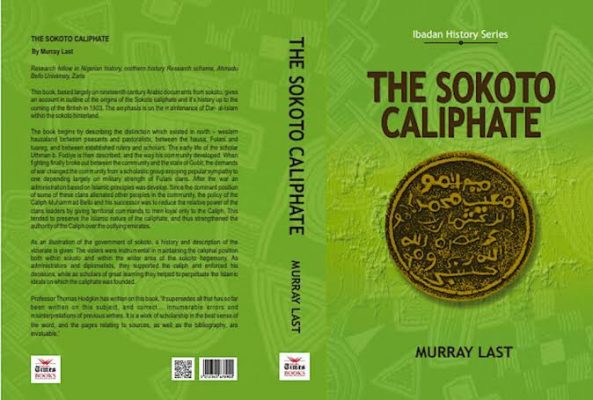 Premium Times Books has announced the launching of the Nigerian edition of a book “The Sokoto Caliphate” at a presentation event scheduled for tomorrow, November 23.
In a statement today, November 22, the
Organisers said that the event will be held at the Shehu Musa Yar’Adua Centre in Abuja, to be chaired by the Emir of Zazzau, Ahmed Nuhu Bamali.
The statement said that Minister of Youth and Sports, Sunday Dare, will be the special guest of honour while the Chairman of Casiva Limited, Nasiru Danu, will, in his role as chief presenter, unveil the book.
It hinted that Editor-in-Chief of 21st Century Chronicle, Professor Mahmud Jega, will review the book after which there will be a panel discussion on the topic: “The relevance of the history of the Sokoto caliphate to present-day Nigeria.”
The statement said that the trio of Professor Mukhtar Umar Bunza, Kebbi State higher education commissioner; Professor Mohammed Junaid of the department of education, Usmanu Danfodiyo University, Sokoto; and Professor Jega are slated to discuss the topic.
It said that a former Group General Manager, Group Public Affairs Division of the Nigerian National Petroleum Corporation, Ohi Alegbe, will moderate the panel, and will compere the entire book presentation event.
It recalled that a mini presentation of the book was earlier held on  November 1 in Sokoto as a part of events commemorating the 15th anniversary of the installation of the Sultan of Sokoto, Abubakar Sa’ad.
The book was first published by Longmans, Green Co in 1967, titled: “The Sokoto Caliphate” from the groundbreaking research by Professor Denis Murray Last when he was a PhD student at the University of Ibadan.
The book’s subject is the 19th century Sokoto Caliphate, the state that evolved out of the jihad led by Uthman dan Fodio.
At the height of its growth, the Caliphate stretched east-west from present-day Cameroon to Burkina Faso, and north-south, from Agadez to Ilorin.
European colonialists, especially British and French administrators, referred to the state back then as the Fulani Empire.