Home ART & ENTERTAINMENT This Was How My Marriage Failed, Nollywood Actress, Rachel Oniga Opens Up 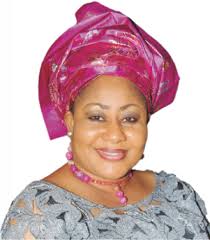 Top Nollywood Actress, Rachael Oniga has opened up on how she separated from her late husband. The scandal free single mother of three tells The Entertainer in this interview.

On the extent her late ex-husband hurt her: He hurt me badly.Yes. During our years of courtship and marriage, I never suspected that we would just break up like that or anything could ever come between us. Back then he told me everything. I could tell you where he was at every moment; I trusted him so much.

On meeting the other woman her ex-husband left her for: It was later, much later and when I did I was like ‘did he leave me because of this thing?’ I don’t know how to put it but men don’t really appreciate what they have until they lose it.

On how she got over the shock and the journey afterwards: I believe so much in myself, and when I got over the shock of the separation and all that, I made up my mind that I was going to make a statement without a man. I wanted to prove that a hardworking woman could make an impact and with God’s grace I have come a long way.

The truth is that when you’re focused and you know where you’re going to, you’re likely to succeed. I made up my mind then that I wasn’t going to remarry. I was determined to make it and make all men including my late husband know that with God by her side, a woman can make it in life without a man’s support.

Rachael also advised other women going through the same situation she said: “Just believe in yourself and with hard work, you will get there. God is always faithful. I killed my emotions and I said to myself ‘Rachael, your kids must go to the best schools.’ It was just work and my children.

Rachael Oniga, a computer programmer who got into Nollywood in 1993 has remained one of the few actresses that has successfully carved a niche for herself both in the English and Yoruba sector of the movie industry.

The Delta born veteran actress whose first job was on a TV series, a programme called Memorial Hospital played a challenging role in her first movie called ‘Onome” has since featured in over 100 movies.