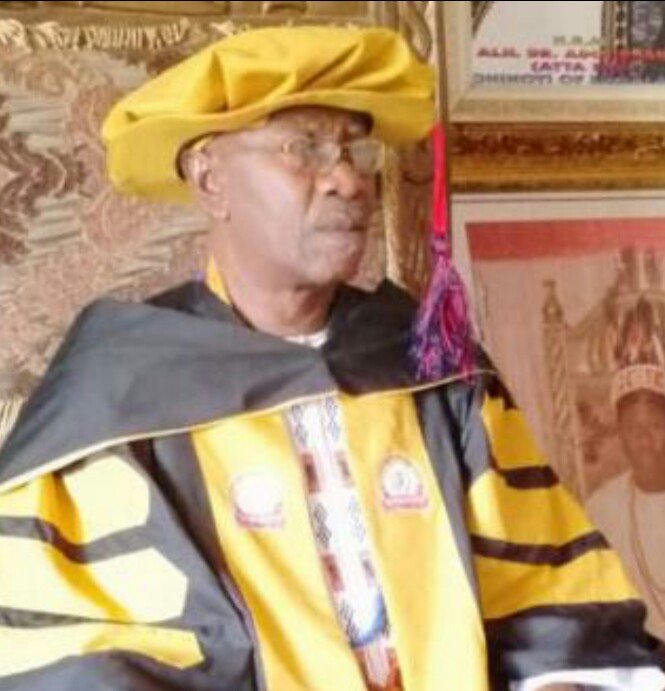 The Obobanyi of Ihima, in Kogi State, Samuel Adayi Onimisi, has been confered with Honourary Doctorate Degree and appointed as International Peace Advocate by the United Nations’ Positive Livelihood Awards Centre (UN – POLAC).
The UN – POLAC, which conferred the award on the Obobanyi, who was once a practicing journalist, said that the Award and Appointment were in recognition of the following qualities which the Obobanyi of Ihima possesses.
His vast knowledge of traditional history and Language development.
His positive contribution and practical commitment to disputes resolution(Alternative Disputes Resolution).
His unrivalled culture of Peace making, Justice & social harmony, Interreligious & ethnic Co-operation and general community services.
His high quality Leadership mettle & Proven Integrity and promotion of universal moral values.
Citation on him at the conferment of the honour on December 20, 2022 reads in part: “The Royal Person of the Awardee is a man of many parts with varied and diverse experience. He is defined by his activism in the Civil Society groups, identified with Voluntary Services and dedicated to Research for Development and Growth. He is a Chattered Marketer, trained Journalist and Cultural Anthropologist rolled into one.
“His Royal Highness is an Author, was Editor and Publisher of the now rested “Our Vision” and “Kogi Focus” Newsmagazines respectively; and an ex-Columnist of the Leadership Newspaper. “He was also an Ordained Pastor of the Pentecostal Movement.”
As a Grassroots Mixer and Mobiliser, the Royal Father is credited with achievements too numerous to reproduce here.
A statement from his palace said that before ascending to the Throne of his Forefathers, as Obobanyi of Ihima, Samuel Adai Onimisi, had participated and contributed immensely to the political re-engineering of Nigeria, serving in various capacities under various political activist platforms and Movements and had worked with iconic personalities like late Chief Anthony Enahoro, Chief Olu Falae and Professor Wole Soyinka and others in the bid to restructure Nigeria and political party formation initiatives.
The statement said that the most recent of these efforts was as a key member of the Mega Summit Movement, the group which mid-wifed the merger that brought about the All Progressive Congress(APC) into existence in 2013.
We in Greenbarge Reporters online newspaper and hardcopy magazine, published in Abuja by Greenbarge Media and Communications Limited (GMCL) congratulate Chief Samuel Adai Onimisi on this achievement.
You have brought honour not only to the exalted Stool of Obobanyi of Ihima but also Ihimaland in particular and Ebiraland in general.
May you reign long.