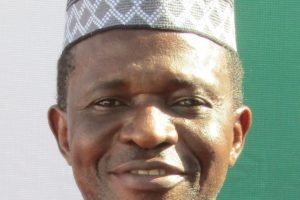 A veteran journalist and author, Michael Owhoko, has been awarded a Doctor of Philosophy (Ph.D) in Political Science by the Selinus University.

Owhoko, whose thesis was entitled, The Future of Nigeria,’ was awarded the Ph.D after a successful defence of his dissertation.

His supervisor, Professor Salvatore Fava, had remarked: “I am fortunate to be able to appreciate your work, a very stimulating topic that you have done with skill.  At the same time, I am happy to have met an exemplary student, cultured and precious like you, so capable and inclined to the academic effort towards discovering new dimensions of knowledge, many congratulations.”

Commenting on the development, Michael Owhoko he preferred as thesis Political Science as against the popular expectation of Mass Media and Communications because of his desire to fulfill “academic destination” by having his Bachelor’s Degree, Master’s Degree and now Doctorate degrees in the same discipline.

He has over 30 years’ experience in media and communications, spanning the newsroom and corporate world, including the banking and oil and gas industries.

An author of several books, Owhoko is a media and communications consultant to several organizations, and currently, Chairman, Public Relations Committee, Rotary Club of Ikoyi (District 9110).