Home ART & ENTERTAINMENT Why We Chose Sanusi As Emir Of Kano, Governor Kwankwaso Says At... 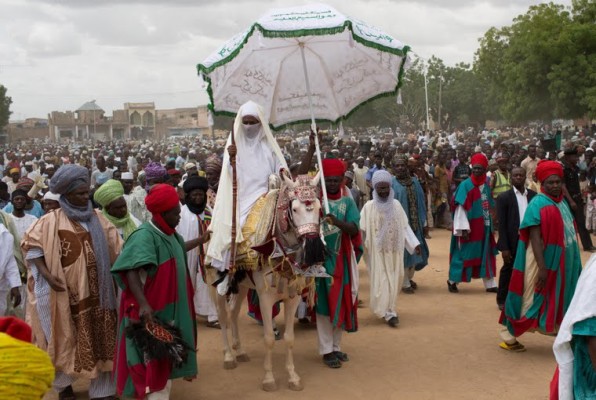 Kano state Governor, Dr. Rabiu Musa Kwankwaso has once more given reasons why the Kano Emirate council and the state government chose Muhammadu Sanusi II (formerly known as Sanusi Lamido Sanusi) as the Emir of Kano.

Speaking today at the formal coronation of the Emir, governor Kwankwaso said his decision to appoint Sanusi out of the names presented to him was born out of the conviction that he was equal to the task, saying his vast experience was enough to propel Kano to greater heights.

The governor said the selection process that led to the appointment was rigorous and painstaking, stressing that the kingmakers had gone the extra mile in executing their job with circumspection.

He said Emir Sanusi was an embodiment of excellent scholarship and a seasoned technocrat who could remarkably turn the fortune of Kano around, expressing confidence that the people of the emirate stand to regret nothing.

Kwankwaso stated that Sunusi’s stewardship as the governor of the Central Bank of Nigeria was a good omen to the people of Kano as a result of the effort he made in the establishment of micro-finance banks within the nooks and crannies of the state.

See also:  My Wife, Senator Oluremi, Stands By Me As Rock Of Gibraltar - Tinubu

The governor emphasized that the appointment of Sanusi ll as the Emir of Kano was a collective judgment of the people and that he was appointed to ascend the exalted throne on merit.

He paid glowing tribute to the late Emir of Kano, Alhaji Ado Bayero, saying that the late emir stood against all forms of injustice and persecution.

Present at the coronation were mainly the leaders of the All Progressives Congress (APC) among them included the presidential candidate of the party, General Muhammadu Buhari, Chief Bola Tinubu, Governor Rotimi Ameachi, Speaker Aminu Waziri Tambuwa, Governor Ibrahim Geidam of Yobe state.

The Chief Imam of Kano, Professor Sani Zaharadeen administered the oath of office by presenting him with the Holy Quran to the new emir who was accompanied by the kingmakers. [myad]