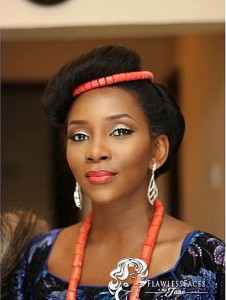 Thirteen super beautiful and sexy top Spinsters in Nollywood have given various reasons, ranging from fear of divorce to lack of interest, why at their ripe ages they have not married.

To some of them, marriage is not a do or die affair. While some yearn for it, few others detest it as some enjoy their independence as single ladies, especially among celebrities. For those that yearn for it, maybe they haven’t met the right persons for them.

Nollywood actress, Genevieve Nnaji, revealed in a recent interview that she is still single because she is afraid of divorce and she has the desire to stay married for long. This Article is Exclusive from yabaleftonline.com

Genevieve explained that she was born and raised Catholic and she doesn’t believe in divorce.”If I get married, I really want to stay married and staying married is not an easy thing. It means you are completely in tune with your partner.

It means you have found your soul mate because you will have to be able to stand a lot of disappointments that would definitely come but then again you have to learn to forgive,” she said.

In her own words. .She said: I Have No Plans For Marriage; I Only Regret Not Having a Child Yet.

30 year old Rukky granted this interview to Bellanaija 2 years ago:

Let’s talk about more romantic stuff now. What do you think about marriage?

Marriage is a beautiful thing. If you find somebody to wake up with you every single morning, someone that wants to spend the rest of their life with you, that’s wonderful.

ls marriage on your radar now?

Right now, I’m not even dating. Not at all. I’m dating this work that I’m doing now. I’d probably be the worst person in a relationship at this point in time.

As a Muslim, can you marry someone not practicing the same religion as yours?

What is my business? I can marry anybody. I can even marry someone that has no religion. 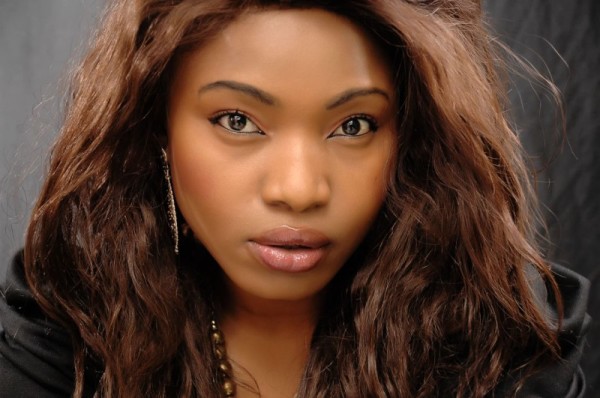 35 year old Halima has this to say about not been married yet:“I don’t know why people always seem to be putting pressure on others to get married. When the marriage doesn’t work out, they will be the first to criticize you. 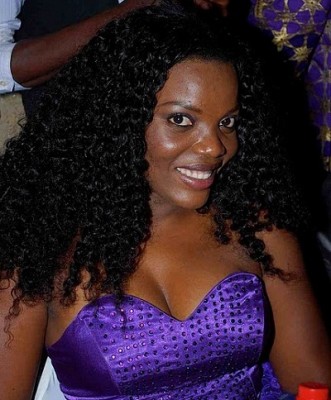 Marriage is Not on My Mind Now

She says she can never contemplate dating a poor man, let alone consider getting married to one. When she was asked recently to talk about marriage, she discounted the issue with a wave of the hand, saying, “Please, marriage is not the thing on my mind right now”.

She went further to say “I can’t marry my colleague! Boring living in the same house with someone you know his job so well as well as his income! Should you be more popular or get richer than the man, then you are in trouble as this could be dangerous. If you are on six figures and his is on less, there is trouble. Men and their egos!”. 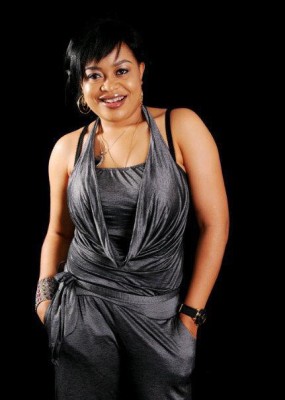 I Don’t Mind Being a 2nd Wife

Nkiru Sylvanus, has declared that she can hook a married man for marriage if the need arises.Sylvanus, while speaking on Sunrise, a morning belt programme on Channels TV, said: “I’ve said it before that if ladies don’t stop this nonsense they call ‘one-man-one-wife’, many of them will get to 40 and still remain single.

“There are more women than man.“Go to churches, the number of single ladies is in most cases is three times the number of single guys.“And some the guys are even jobless.“No good jobs.“Well, some ladies are beginning to realise their folly and one of them has taken the lead to break away from the craze.”

The former aide of the Imo State Governor, Owelle Rochas Okorocha, reiterated further that if the first wife would not make trouble and she is ready to make the man happier, she can consider being a second wife.

In her words: added: “If the situation and the person is good, I would go for it. 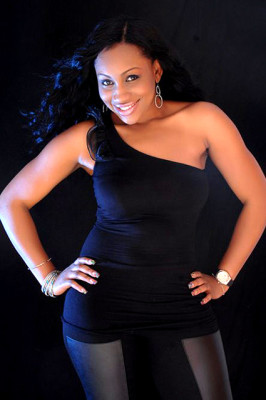 About me being single

Yes I am still single. The reason is that I am someone who has always believed in love. It is a big deal to me so if I have to do it, it has to be right.I am a strong believer of love. I get lots of proposals; it is so crazy I do not know who to give a chance to. I think it is a price I have to pay for stardom. Sometimes when anybody comes my way, I do not know who wants to be with me for the right reasons. I believe when that day comes, I will definitely figure out who that person is. It is not easy. What I should be talking about is not relationship but marriage. I want to go into marriage and be in it for ever. No one goes into marriage thinking of divorce, but it happens. We try our best. I think I am kind of scared, but I just have to give it a try whether I like it or not. It just has to happen and happen right; at the right time.

See also:  My Wife, Senator Oluremi, Stands By Me As Rock Of Gibraltar - Tinubu 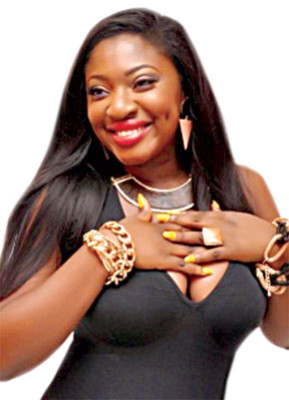 Are you not planning to get married?

When the time comes, I will get married. I have never given it a thought.

It’s not about thinking, it is about the right person coming my way. Many ladies have been thinking about settling down for years now, but Mr. right has not come their way.

You are saying that Mr. right has not come your way?

Let’s take it like that. I don’t even have any relationship right now.

Why is it that most actresses do not want to get married?

How do you mean? Do you think that a lady would decide to remain single. As a woman, she still needs a man. If you do not have a man in your life, it is so bad. She can never be a happy woman. 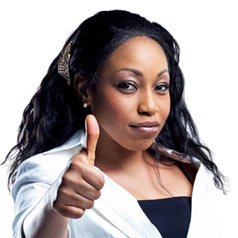 38 year old beautiful and petite actress had disclosed that she will settle down once she meets the right person and that she didn’t choose to be single at 38.Hopefully, our dear Rita will soon find that right man. This Article is Exclusive from yabaleftonline.com 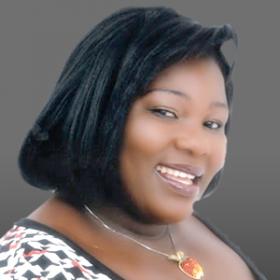 I Will Get Married Some Day

40 year old plus sized actress, Adah Ameh who had a baby at age 14 out of wedlock is yet to tie the knot.

The actress talked about her single status last year to Punch. Excerpt:

Has your marital status changed now?

Ada Ameh is still very much single. I believe I will get married some day. I don’t know when, but I will be married.

How come you are not married yet?

Am I ugly? I am beautiful. I am fearfully and wonderfully made. When the time for marriage comes, it will happen.

Could it be your size that has delayed your marriage?

This is what we do for a living. You wouldn’t say a banker is not good for marriage since her profession requires her coming home late. Some people are late starters while some others are early starters. Maybe you will qualify me as late starter in marriage. The most important thing is that I will get married some day. 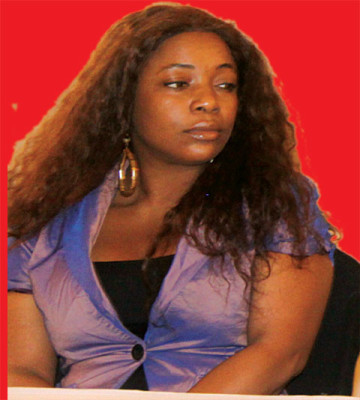 43 year old Bimbo Akintola has always retreated that she is not looking for a husband and cannot be forced into marriage because of societal pressure.

So,what is the worst rumour you’ve heard about yourself?

You don’t need one?

I don’t need anything. I’m a complete person. I only do things that make me happy, because I believe and I understand the reality that this is just one life and you should live it to the maximum, happiness and peace should be the key. I’m not searching for a husband, because the rumour that I’m searching for a husband has given me wahala,- all kinds of people from left, right and centre, looking for me saying they want to marry me. Please, I’m using this opportunity to tell everybody, I am not looking for a husband! 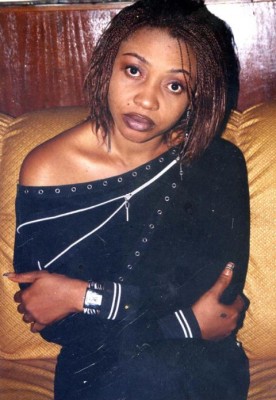 I Can Even Marry a Wheel Barrow Pusher

When asked why she is yet to get married, actress Benita Nzeribe said:

“If I have to say the truth, marriage is not all about money or the little things of life. We should marry for real love. That is why I see myself as being able to marry whoever I am in love with, no matter his status in life.”That is to say,even if the guy is a wheelbarrow pusher, I would marry him so long as my heart is with him.” 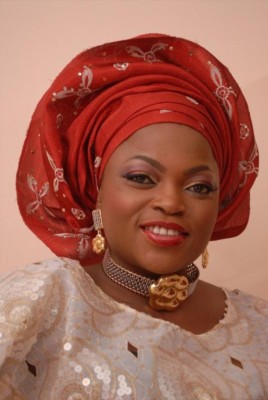