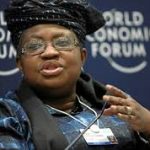 Nigerians are still waiting for the 2014 budget four months into the year, even as the Senate just passed it yesterday with N4.6 Trillion for capital and recurrent expenditures.
The budget proposal was laid on behalf of President Goodluck Jonathan before the joint session of the National Assembly, by finance minister, Ngozi Okojo-Iweala in December 2013.
In the third reading of, arguably, the most delayed budget in recent years, the Senate relatively increased the original figure by N53 Billion.
The budget, described as the lowest in three years, passed the second reading in the Senate on February 4.
A third reading passage is expected by the House of Representatives before a harmonization of the bill, ahead of the president’s assent.
The original budget sum presented to the lawmakers by Okonjo-Iweala was N 4.642 trillion.
Out of the sum, 3.54 trillion was slated for the recurrent expenditure while N1.1 trillion-the equivalent of 23.7 percent, was billed for capital projects.
Out of the total budget passed for the 2014 fiscal year, which is N52,230 billion higher than the initial amount of N4,642,960,000,000 proposed by President Jonathan, N2,454,887,566,702 was for recurrent expenditure, N1,119,614,631,407 for capital expenditure, N408,687,801,891 for statutory transfer and N712 billion for debt service.
Also in the budget is N268,370 billion, which is for the Subsidy Reinvestment Programme, SURE-P, a component of the budget, which did not form part of the aggregate budget figure of N4,642,960,000,000 as proposed by the executive.
It was however captured in the final compilation of the Bill.
The Joint Senate Committee on Appropriation stated that in preparing the details of the 2014 Appropriation Bill, the Committee adopted a benchmark price of $77.50 per barrel of crude oil, the executive proposal of crude oil production of 2.3883 million barrels per day, and an exchange rate of N160 to US$1.
In terms of sectoral allocation,  Education, Defence and Police got the highest figures of   N373,532,095,037,  N314,347,339,871 and N295,561,812,085, respectively