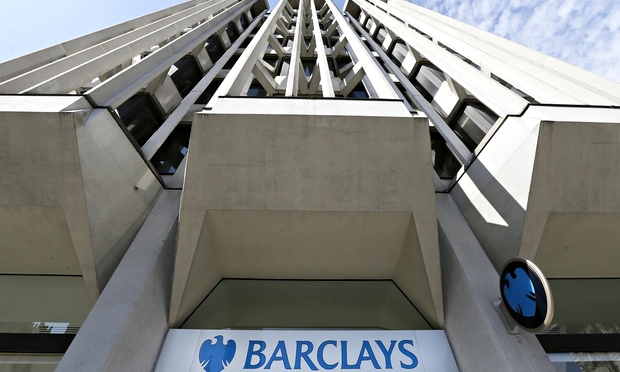 Authorities in the United States and Europe have fined a total of seven banks over $10 billion for failing to stop their forex traders from sharing confidential information about client orders and coordinating trades to boost their own profits.

Traders at Citigroup , JP Morgan , Barclays and Royal Bank of Scotland, who described themselves as “The Cartel,” used an invitation-only electronic chatroom and coded language to manipulate the price of U.S. dollars and euros between December 2007 and January 2013, according to U.S authorities.

Four of the banks pleaded guilty to conspiring to manipulate the foreign exchange market.

Britain’s Barclays faced the biggest fine today with a penalty of $2.4 billion because it did not join in an earlier November settlement with British and some U.S. authorities due to complications with its regulator in New York.

Barclays sacked eight employees as part of its settlement and New York’s Superintendent of Financial Services warned that it was still probing the bank’s use of electronic systems for foreign exchange trading, which make up the vast majority of transactions in the market.

“Put simply, Barclays employees helped rig the foreign exchange market. They engaged in a brazen ‘heads I win, tails you lose’ scheme to rip off their clients,” Benjamin Lawsky said in a statement. “While today’s action concerns misconduct in spot trading, there is additional work ahead.”

Barclays had set aside $3.2 billion to cover any forex related settlement. Shares in the bank rose more than two percent.

Swiss bank UBS , which avoided a guilty plea over the forex debacle, pleaded guilty instead to one count of wire fraud and will pay a $203 million fine for its role in rigging Libor after its involvement in the forex scandal breached an earlier DOJ agreement.

Switzerland’s largest bank also had to pay $342 million to the Federal Reserve over attempted manipulation of forex rates.

The U.S. central bank fined six banks for unsafe and unsound practices in the foreign exchange markets, including a $205 million fine for Bank of America , which, like UBS, avoided a guilty plea.

UBS’s penalty was lower than expected and this contributed to a more than three percent rise in UBS shares to their highest level in six and a half years.

The global investigation into manipulation of foreign exchange rates has put the largely unregulated forex market on a tighter leash and accelerated a push to automate trading. Authorities in South Africa announced this week they were opening their own probe.

Transcripts of online chat rooms made public today demonstrated the clubby, audacious nature of the dealing desks with one employee at Barclays remarking, “If you ain’t cheating, you ain’t trying.” [myad]