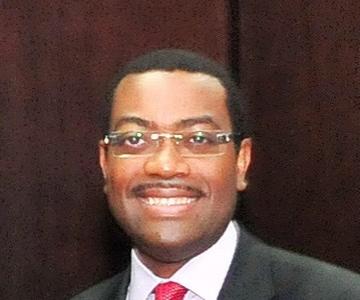 Nigeria’s outgoing agriculture minister, Akinwumi Adesina has been voted as President of the African Development Bank. He was elected with 58.10 percent after six rounds of voting, beating the finance ministers of Chad and Cape Verde to the role.
A total of 80 AfDB shareholders — 54 African states and 26 non-African countries — took part in the election in Abidjan, in which eight candidates were vying for the presidency.
Adesina, 55, will succeed Rwandan Donald Kaberuka, chief for two consecutive terms since 2005, at a time when the institution is trying to diversify from its traditional role as a development bank.
Adesina inherits a financially sound institution, which was awarded a prestigious AAA rating by US ratings agency Fitch in 2013 — a year in which it lent a total of $6.8 billion for 317 operations.
The Nigerian was voted African of the year in 2013 by Forbes magazine for his agricultural reforms, and he represents a country considered to be the new economic powerhouse of Africa.
His appointment breaks the unwritten rule that the top job should go to someone from a small or medium-sized country — Nigeria is the leading oil producer and most populous country in the continent.
Despite multiple conflicts, health crises such as Ebola, and staggering poverty, Africa is today seen as “a new frontier in world economic growth”, Amethis investment fund founder Luc Rigouzzo told AFP ahead of the election.
Adesina will now have the job of managing the continent’s financial attractiveness — without losing sight of the need to fight poverty and develop infrastructure.
Chad’s Finance Minister Bedoumra Kordje came second in the election with 31.62 percent of votes, and third was Cape Verde’s Finance Minister Cristina Duarte with 10.27 percent.
She would have been the first woman and the first Portuguese speaker in the job.
The United States — the AfDB’s second-biggest shareholder after Nigeria — had a central role in the vote, as did Japan and China. France had been hoping for a champion of Francophone Africa.
After a failed coup in Ivory Coast in 2002 that threw the country into crisis, the bank’s headquarters was relocated to Tunis in 2003. It returned last year to the Ivorian economic capital.
[myad]