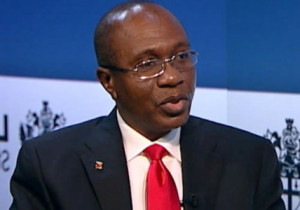 Central Bank of Nigeria (CBN) has forced commercial banks operating in the country to refund N14.6 Billion to customers who have lodged complaints over alleged extortion, illegal deductions and Automated Teller Machines frauds (ATM) on their accounts.
The CBN Deputy Director in charge of Consumer Protection Department, Hajiya Khadijat Kazeem who made this known at a press briefing in Ibadan, Oyo state, to commence a consumer awareness campaign in the state, said that the refund was made as at May this year.
Hajiya Kazeem who stood in for the director of her department, Hajiya Umma Dutse, said that since CBN created the Consumer Protection office in 2010 which was later upgraded to a full fledged department in 2012,the bank has on several occasions, intervened in frictions between several banks in the country and their teeming customers.
Hajiya Kazeem said that as at May, the CBN through the department, had intervened and treated no fewer than 3,000 complaints from banks’ customers across the country, adding that the sensitisation exercise is aimed at ensuring that customers are better served by their banks.
“We all would recall the events that occurred few years ago in the financial industry. The Nigerian financial system was virtually on the brinks of collapse.
“There was crisis in the financial and capital markets which had been triggered by the global financial crisis. Following an extensive and in depth study of the financial system; it was revealed that lack of consumer sophistication amongst many other factors was responsible for the near collapse of the financial system.”
Meanwhile, CBN has directed all deposit money banks (DMBs) in the country to return all monies in their possession as a result of Automated Teller Machines’ (ATMs’) non-dispense or partial dispense errors to their customers before July 31, 2014.
This is contained in a circular titled: “Non-refund of Monies to Customers Shortchanged by ATMs’ Non-Dispense or Partial Dispense Error,” a copy of which was posted on its website yesterday. The document was signed by the Director, Banking and Payment System Department, CBN, Mr. Dipo Fatokun.
It stated that the attention of the CBN had been drawn to the fact that DMBs have not been refunding their customers that were shortchanged by ATMs’ partial dispense error, while some with non-dispense error were also not refunded.
This issue, it explained, was brought to the notice of the Chairmen of the Committees of Heads of e-Banking and Heads of Operations, at a meeting held on April 15, 2014, at which the Card Schemes and Switches were present.
“The major outcome of the aforementioned meeting was that, banks were directed to reconcile their accounts with a view to returning such monies to their owners.
“Going forward, and in compliance with Section 9.1 of the Guidelines for Card Issuance and Usage in Nigeria, acquirers should initiate the resolution, even without the prompting of the issuing bank.”
[myad]