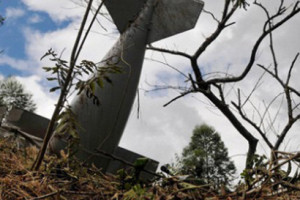 All the 157 persons on board an Ethiopian Airlines plane that crashed in the early hours of today, Sunday, have been reported dead.T here were 147 passengers and eight crew members on board the airline.

The BBC reports that officials have retrieved the wreckage of the plane and confirmed the deaths.
The Airlines’ plane, Boeing 737 on a routine flight to Nairobi, Kenya from Addis Ababa, Ethiopia, crashed shortly after take off today, Sunday.
The Ethiopian Prime Minister was the first to suggest a large casualty from the crash.
“The Office of the PM, on behalf of the Government and people of Ethiopia, would like to express its deepest condolences to the families of those that have lost their loved ones on Ethiopian Airlines Boeing 737 on regular scheduled flight to Nairobi, Kenya this morning”, the message on government’s Twitter handle read.
An Ethiopian Airlines spokesman said the crash occurred at 8:44 a.m. local time.