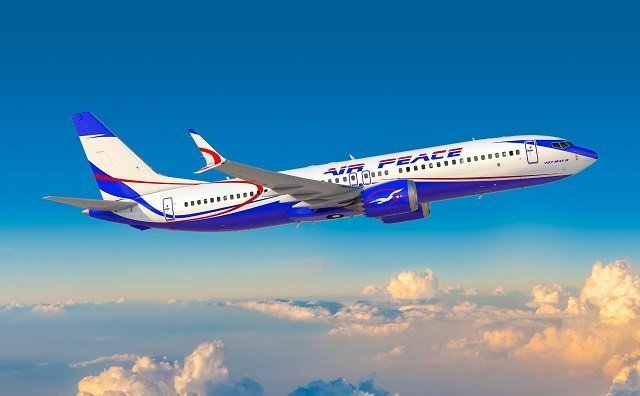 A Nigerian carrier, Air Peace, carrying 90 passengers and six crew members narrowly escaped crash as a result of  an engine failure few minutes after departing Lagos.
It was gathered that the aircraft, a Boeing B737-500 with the registration number 5N-BUJ, departed the Murtala Muhammed Airport Lagos for Owerri, Imo State today, November 5, but had to make an air return to base following the incident that led to the collapse of one of its two engines.
A statement by the General Manager, Public Affairs, Accident Investigation Bureau (AIB), confirmed the incident, saying that it had commenced investigation into the incident.
The AIB explained that the incident occurred at 07:47 local time while the aircraft had departed Lagos at 07:35 local time.
According to him, information provided by the Air Traffic Control revealed that the incident made the crew to immediately make an air return back to base.
He said that the aircraft landed safely at 08:06 local time, adding that all occupants disembarked with no injury.
The statement reads: “The AIB team of safety investigators has commenced investigation.
“As the sole agency mandated to undertake the investigation of aircraft accidents and serious incidents, the bureau wants the public to know that it would be open to receiving any video clip, relevant evidence or information that may assist in this investigation.”