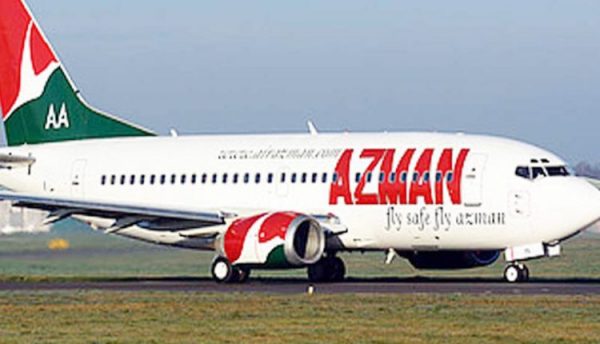 Azman Airline has cried out for help as the suspension slammed on it by the Nigerian Civil Aviation Authority (NCAA) is affecting its businesses badly.

In the wake of NCAA’s hammer, Azman announced the cancellation of all its flights between Tuesday, March 16, and Friday, March 19. The development left many passengers who purchased the airline’s tickets stranded.

Azman, has earlier on Tuesday, took to its Twitter page, saying it was suspending its operations due to a safety audit by the NCAA.

A top official of Azman told news men that flying an average of 2,000 passengers and generating over ₦80,000,000 revenue daily in revenue make the management of the airline to ensure the safety of passengers, the aircraft and the operators.

“In fact, we keep up with the maintenance and certification in ensuring the aircraft are worthy of flying.

“Considering our contributions to Nigeria’s economy and our enviable safety record which has been commended by the industry players with over 1,000 staff on the airline’s payroll, we appeal to the authority to review this suspension.”

The Director-General of the NCAA, Captain Musa Nuhu, had on Monday, last week, announced the suspension of the Airline, saying that the decision followed a series of incidents involving the airline’s Boeing 737 aircraft and in pursuant to Section 35 (2) of the Civil Aviation Act, 2006, and Part 1.3.3.3 (A) of the Nigeria Civil Aviation Regulations (Nig.CARs) 2015.

“The suspension is to enable the authority to conduct an audit of the airline to determine the root causes of the incidents and recommend corrective actions to forestall reoccurrence.”