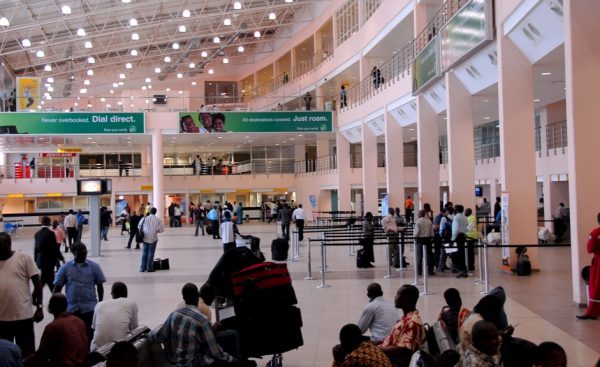 Reports said that many passengers, who were scheduled to travel out of Lagos through the private terminal (Murtala Muhammed Airport Terminal Two (MMA2), could not access the entrances leading to the terminal as they were blocked by members of the Air Transport Services Senior Staff Association of Nigeria (ATSSSAN).

It was learnt that part of their demands is the reinstatement of the sacked 37 workers in the terminal by the management of the operator, Bi-Courtney Aviation Services Limited. Of the 37 sacked, the union said 34 are members of the union.

The affected airlines had earlier informed their passengers to brace up for disruption of flights today.

The management of Ibom Air sent messages to their passengers titled: “Urgent Announcement: Picketing Of MMA2 Lagos By Labour Union,” saying:: “This is to bring to the attention of our esteemed passengers and the public, that our operating terminal out of Lagos, the Murtala Mohamed Airport 2, operated by Bi-Courtney Aviation Services Limited has been completely closed off to workers and passengers alike by the labour Union, very early this morning.

“Efforts are currently being made to resolve the situation; however, please note that this action will greatly impact our flights scheduled in and out of Lagos today.

“We greatly regret the impact of this unexpected action on your day’s plans as we urge you to kindly stay close to all our communication channels for subsequent updates.”

Reports said that the decision of the union has been condemned by key players across the sector, with many of them describing the latest picketing as unreasonable at a time the airlines and the sector are going through hard times

They said that  many passengers are stranded, whereas those who are financially capable have chosen to purchase fresh tickets to enable them travel through the general aviation Terminal One.

Those who could not afford another tickets have either rescheduled their flights or chosen to remain in the airport until the labour issue is resolved.