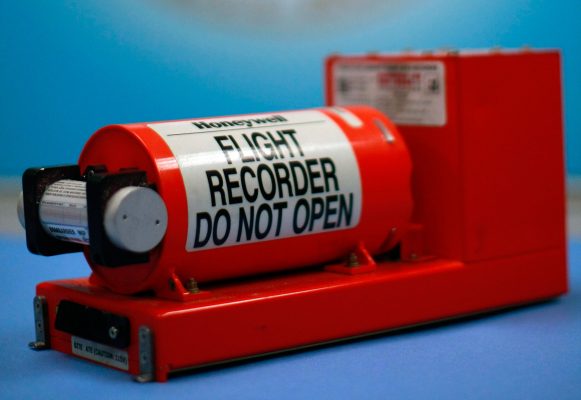 Ethiopian Airlines has decided to send the black box from its crashed airplane to Europe for analysis, rather than to the United States where the Boeing 737 Max 8 was manufactured.
The decision, in defiance of U.S. requests, is the latest sign of the world’s growing distrust of the United States on aviation safety issues. While U.S. regulators and Boeing have continued to insist that the Max 8 is safe, most other countries have ordered the grounding of the aircraft, leaving the United States increasingly isolated on the safety issue.
Canadian Transport Minister, Marc Garneau announced today, Wednesday that while the exact cause of the crash remains unknown, Canada is ordering the grounding of all Max 8 planes. This means that the United States is the only major country still allowing the planes to fly.
The Ethiopian Airlines Max 8 crashed just six minutes after takeoff from Addis Ababa on Sunday, killing all 157 people on board, including 18 Canadians. Moments before the crash, its pilot had reported a flight-control problem, and there was no indication of any external cause for the problem, the airline said on Wednesday.
Several other pilots in the United States, China, Indonesia and elsewhere have complained of difficulties in controlling the airplane, according to a growing number of media reports from around the world this week.
Two separate Max 8 airplanes have crashed within minutes of takeoff over the past five months. In the previous incident, a Lion Air Max 8 in Indonesia crashed just 13 minutes after takeoff, killing all 189 people on board. Both were newly delivered planes. At a press conference in Ottawa Wednesday, Mr. Garneau said he made the decision after consulting with aviation experts who found similarities in the satellite-tracked flight paths of the two Max 8s that crashed.
Ethiopian Airlines officials told reporters on Wednesday that they have decided to send the voice and data recorders to European safety experts, although they have not yet chosen the country where the recorders will be analyzed. That decision is expected within the next day. The airline did not publicly explain the reasons for its decision.
In recent days, U.S. officials have been quietly pushing for the black box to be send to the United States for analysis, according to a report in the Wall Street Journal. But the airline refused the request. The decision is unusual because the black box is not normally sent to a country that was uninvolved in a crash or in the crashed airplane.
In the United States, the Federal Aviation Administration has insisted that there is no basis for grounding the Max 8 aircraft. It said a review had found “no systemic performance issues.” But most other regulators and airlines worldwide are taking a much different stance.
The chief executive officer of Ethiopian Airlines, Tewolde Gebremariam, told reporters that all Max 8 aircraft globally should be grounded until their safety has been established. He noted the similarities between the Ethiopian and Lion Air crashes. In an interview with BBC, he said the airlines that grounded the airplane “have very good justification” for their decision.
Ethiopian Airlines also said it is reconsidering whether to proceed with an existing order to purchase more Max 8 aircraft, and it will decide after an investigation.
Other African airlines have taken a similar decision to ground the airplane or reconsider purchases. A South African airline, Comair, announced on Monday that it was removing its only Max 8 airplane from its flight schedule. It said it “remains confident” in the plane’s safety but it decided to halt the flights “while it consults with other operators, Boeing and technical experts.”
Kenya Airways, one of the biggest airlines in Africa, said this week that it might reconsider its earlier tentative plans to buy as many as 10 of the Max 8 jets for its fleet.
The Ethiopian Airlines flight on Sunday was headed from Addis Ababa to Nairobi when it crashed. The disaster killed 32 Kenyans – the largest number of victims from any country.
Prime Minister Justin Trudeau spoke with Kenyan President Uhuru Kenyatta by telephone on Tuesday, giving condolences for the Kenyan victims and offering Canadian assistance in the investigation of the crash.