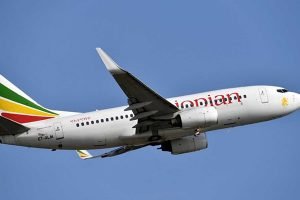 Following the crash of the 737 Boeing aircraft in its fleet, leading to the death of 157 passengers, including cabin crew and pilots, Ethiopian Airlines has suspended 737 Max 8 planes from operating flight.

In its Twitter account today, Monday, the Ethiopian Airlines said : “although we don’t yet know the cause of the crash, we had to decide to ground the particular fleet as extra safety precaution.”

Ethiopian Airlines has a fleet of four 737 MAX 8 jets, not counting the one that crashed on Sunday, according to flight tracking website FlightRadar24.

China has also ordered its airlines to suspend operations of their 737 MAX 8 jets following the crash in Ethiopia, the second of a Boeing 737 MAX jet since one operated by Indonesia’s Lion Air crashed in October last year.