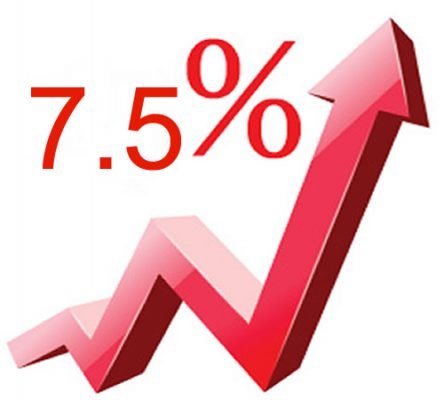 The presidency has laid to rest, the controversies making the rounds over when should the collection of the 7.5 percent Value Added Tax (VAT) which came into effect on February 1 begin.

The issue was clarified today, March 11, by the senior special assistant to the President on media and publicity, Malam Garba Shehu shortly after the weekly Federal Executive Council (FEC) meeting.
He said that the Council approved the report of a Cabinet Committee on the effective date for the commencement of the 7.5 % VAT on government contracts.
“A final decision was reached today that new contracts that are signed from February 1, going forward, will attract 7.5 percent VAT). Contracts earlier than February 1 signed on 5 percent will remain as 5 percent.”
Garba Shehu recalled that by law, the new VAT came into effect on the 1st of February, 2020, adding that Government had worried about the implications of this on contracts that had been issued earlier than this year.
“So, the contracts that are being handled by various ministries particularly Ministry of Work for instance are coming from many years back. So, should the VAT on those contracts be 7.5% or 5% as earlier signed on to?”
He said that with the clarification, “there is no more confusion on this matter.”