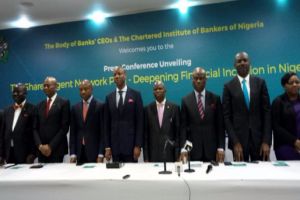 Shareholders have expressed mixed feelings on the moves by the Central Bank of Nigeria (CBN) to sanction Chief Executive Officers (CEOs) of banks that fail to submit audited results of their banks after 12 months.

The shareholders expressed their views in separate interviews with the News Agency of Nigeria (NAN) in Lagos today, Friday, while reacting to the apex bank’s Monetary, Credit, Foreign Trade and Exchange Policy released recently.

NAN reports that the Banks and Other Financial Institutions Act (BOFIA) require banks to publish their audited financial accounts not later than four months after the end of each financial year.

The CBN had in the Monetary, Credit, Foreign Trade and Exchange Policy Guidelines for Fiscal Years 2018/2019 also directed banks to publish their audited financial statements not later than four months after the end of each financial year.

The CBN said it would hold the board chairman and CEO of any defaulting bank directly responsible for any breach.

Reports had it that Diamond and Unity Banks had notified the Nigeria Stock Exchange (NSE) that their results would be delayed.

The Publicity Secretary, Independent Shareholders Association of Nigeria (ISAN), Moses Igbrude, said sanctioning banks CEOs after four months of not releasing their accounts was too short a time.

Igbrude said policies were instituted to correct and strengthen institutions not for revenue generation at the detriment of the affected institutions and the shareholders.

“What we see in Nigeria from regulators is impunity, using directives and policies for revenue generation at the detriment of institutions and the shareholders, he said.

Igbrude said CBN should first engage the banks to find out the challenges to ascertain if they need assistance.

According to him, the apex bank should warn the affected banks after the engagement before the option of sanctions.

“I don’t think management will deliberately delay the release of their accounts without issues.

“I am appealing that CBN should look at this issue critically on one-on-one basis with the intention to assist and strengthen these institutions for the sake of all stakeholders.

“Sanctions should be the last resort when all efforts fail, such officers should be sanctioned personally, not the banks bearing the cost of their wrong decisions and behaviour,’’ Igbrude said.

However, the immediate past Secretary, ISAN, Mr Bayo Adeleke, said the CBN pronouncement was in the interest of the investing public, adding that companies should render their stewardship yearly within a certain time frame.

“It is the duty of regulators to enforce such compliance. Skye Bank is, however, an exception. The present bank’s management was put in place by CBN.

They are battling with legacy issues which CBN is fully aware,’’ he said.

AProfessor of Economics in the Olabisi Onabanjo University Ago-Iwoye, Ogun, Sheriffdeen Tella, said the law had always been there but ignored.

Tella said every bank was expected to present quarterly report of its activities to the CBN, noting that at the end of every operating year, an annual report should reach the apex bank before the end of the first quarter.

He said many banks, particularly those in or approaching distress, keeps their books away from the regulatory authority.

Tella alleged that the apex bank also sometimes covers up for them depending on the relationship with the head of such bank.

He said punitive action needed to be taken to prevent disaster because the number of banks involved was rising.

“This is the situation now and the CBN is only trying to enforce the regulation. Many of the banks have not held Annual General Meeting (AGM) nor sent their annual report to shareholders for some years and the CBN is aware.
“There is no transparency and accountability in the operations of these banks but probably with the connivance of the CBN.

“Of course, the value of shares of the banks continues to fall or remains low and static,’’ Tella said.

The National Coordinator, Progressive Shareholders Association of Nigeria (PSAN), Boniface Okezie, blamed the apex bank and the Financial Reporting Council of Nigeria (FRCN) for the delay witnessed by some banks in publishing their accounts.

Okezie attributed the delay to lots of provisions being demanded by the Financial Reporting Council of Nigeria (FRCN) and CBN.

“Some of the banks are battling to see how they can overcome that until they are cleared by the apex bank and FRCN, their accounts cannot be published.”

Okezie said the apex bank had not done anything to Skye Bank over delay in the publication of 2017 accounts because the management was instituted by the CBN.

“Skye Bank is on CBN life line and CBN will do everything to protect them from being penalized.” [myad]