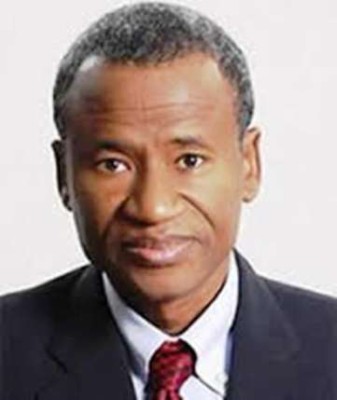 The Central Bank of Nigeria (CBN) has taken over the Sky bank with the appointment of Alhaji M. K. Ahmed an experienced economist and and former Director General of National Pension Commission (PENCOM) to man it as Chairman.

This was even as Mr. Tokunbo Aberu, a seasoned banker and former Lagos Finance Commissioner was appointed Managing Director of the bank.

The Central Bank Governor, Mr. Godwin Emefiele, who spokes to in Lagos, said that the board of the bank has bee dissolved against the background of the bank’s failure to meet required capital adequacy ratio, poor liquidity ratio and high level of non-performing loans.

The bank’s Managing Director/Chief Executive Officer, Timothy Oguntayo, and the chairman had resigned before the CBN announcement.

The Governor of CBN assured customers that the bank is not in distress, adding that the decision became necessary to save the bank from sliding into an irreversible situation.

The Apex bank boss however assured depositors that the bank is not in distressed but still healthy.

“CBN has been meeting with the old board of Skye Bank eventually the chairman and some board members had to resign,” Emefiele said.

“There three key areas of a bank: MPL, Capital Adequacy and Liquidity situation and what we have seen is that all these have been weakening in the bank we decided to step into the bank to avoid a situation where depositors fund will get into risk.

“The strategic health of the bank remains strong. The new board will be managed by Alh. M. K. Ahmad (Chairman) and Mr. Tokunbo Aberu (MD), a seasoned banker and until recently a director of First Bank, and five other non Executive Directors.”

The CBN boss urged shareholders and customers of the bank not to be panicky but to remain calm, stressing that the bank was not in distress.

“I maintain that Skye Bank is not in distress. We have only taken this unavoidable decision to ensure that depositors’ funds are not eroded,” he said. [myad]