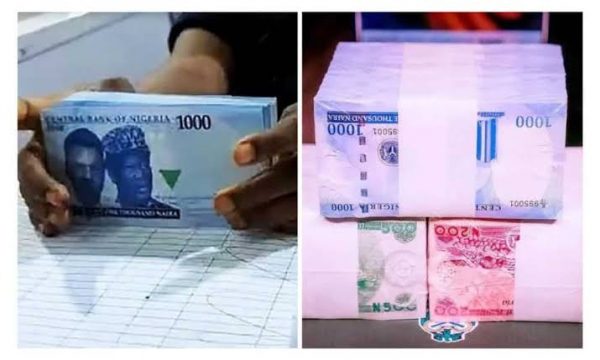 The Central Bank of Nigeria, CBN has warned commercial banks not to hoard or divert to politicians, the new naira notes.

“We will be visiting commercial banks to ensure that they give out the new naira notes to the public to do their business. We will make sure that the new notes made available to banks are not diverted to politicians only.”

The apex bank said today, January 12 that monitoring of commercial banks will commence, in order to know those who are not giving the new naira notes to customers.

The branch Controller of the CBN in Awka, Anambra State, Benedict Maduagwu, made these known during a sensitization programme to traders at the main market, Onitsha, Anambra State.

He said: “as from today, the CBN will be sanctioning any commercial bank that is not dispensing new notes to the public.”

According to him, the new redesign notes were targeted at safeguarding the nation’s currency from hoarding by individuals who stock naira in their houses.

“The hoarding of banknotes by members of the public, with statistics, shows that 84.71 per cent of the currency in circulation are outside the vaults of commercial banks, with only 15.29 per cent in the Central Bank and commercial banks.”

He said that the CBN also redesigned the currency because of worsening shortage of clean and fit banknotes and the increasing case of counterfeiting notes by criminals.

He called on the traders to embrace the new notes, and that it would help to control inflation and bring the hoarded currency into the banking system.

According to him, the policy would help to get more accurate data on money supply and monetary aggregates.

He said that the currency redesign would assist in the fight against corruption as the exercise would rein in the higher denomination used for corruption, noting that the movement of such funds from the banking system could be tracked easily.