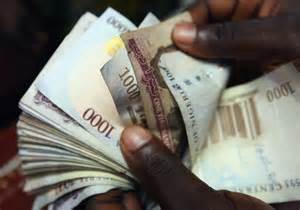 The Central Bank of Nigeria (CBN) has advised Nigerians to spend the old naira notes in their possession before or on January 31, 2023 as after the date, the notes will not longer be useful.

Also, in its Twitter handle, CBN said that there will be no extension for the use of the old notes beyond January 31, advising Nigerians to ensure they deposited all the old N200, N500 and N1,000 banknotes in their possession before the deadline of January 31, 2023.”

Meanwhile, 23 days to the deadline, Nigerians have continued to bemoan the manner the apex bank is handling the process of introducing the new naira notes.

Investigation showed that over the counter cash transactions within banking halls were still being done majorly with old notes, including withdrawals, instead of new notes, at a time the banks should be receiving old notes. Even the Automated Teller Machines (ATM) dispense old notes.

See also:  Policy Makers To Brainstorm In Abuja On Future Of Digital Economy In W/Africa

The CBN’s Deputy Governor in charge of financial system stability, Aisha Ahmad, told the House of Representatives during a public hearing on the implementation of CBN cashless policy and the new withdrawal limits, that the CBN had ordered the printing of 500 million pieces of new naira notes in the first contract.

The CBN on October 26, 2022 announced that higher denominations of the naira N200, N500 and N1,000 would be redesigned and introduced into the economy from December 15, 2022, while commercial banks were directed to return existing denominations to the CBN.