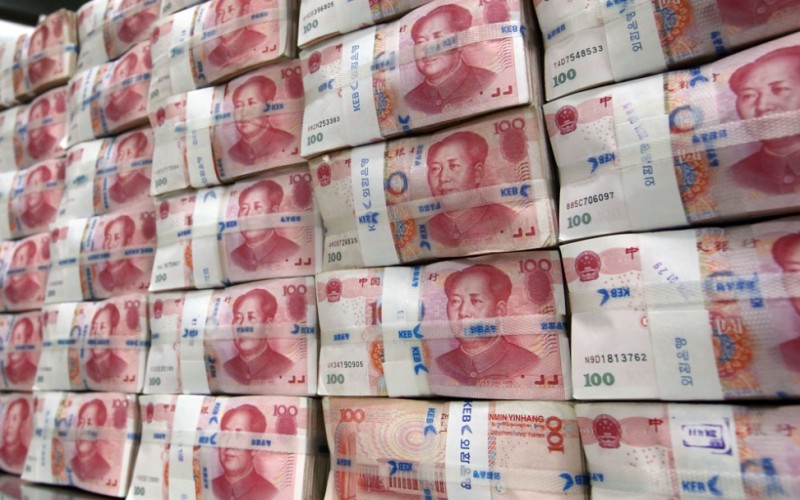 With last the take-off of its intervention in the sale of foreign exchange in Chinese Yuan (CNY) last week, the Central Bank of Nigeria (CBN),  has injected the sum $340, 507, 376.51  into the interbank retail Secondary Market Intervention Sales. This is in addition to the sale of CNY 69,858,087.15 in the spot and short tenored forwards.
The figures obtained from the CBN today, Friday, showed that the US denominated interventions were only for concerns in the agricultural and raw materials sectors.
According to the Acting Director, Corporate Communications at the CBN, Isaac Okorafor, the sales in the Chinese Yuan were through a combination of spot and 15-day tenors.
He said the exercise, in line with its guidelines, were for the payment of Renminbi denominated Letters of Credit for agriculture as well as raw materials and machinery.
Okorafor said that the requests attended to were bids received from authorized dealers, adding that the availability of Renminbi was sure to ease pressure on the Nigerian foreign exchange market.
He attributed the relative stability in the foreign exchange market hugely to the continued intervention of the CBN as well as the sustained increase in crude oil prices in the international market.
The CBN spokesman assured that the apex bank would remain committed to ensuring that all the sectors continue to enjoy access to the foreign exchange required for the business concerns, whether in United dollars of Chinese yuan.
It will be recalled that the CBN last week Friday, announced the commencement of its intervention in the sale of foreign exchange in Chinese Yuan (CNY), marking the concrete commencement of the Bilateral Currency Swap Agreement (BCSA) signed with the Peoples Bank of China (PBoC) on April 27 this yea.
The statement announcing the flag-off of the sale had explained that there would be no predetermined spread on the sale of FX Forwards by authorised dealers to end-users under the Special SMIS-Retail, adding that authorised Dealers would be allowed to earn 50 kobo on the customers bids.
Meanwhile, $1 exchanged for N360 at the Bureau de Change (BDC) segment.