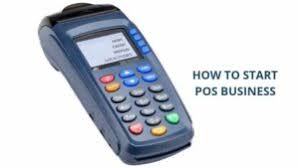 Criminals have invaded Point of Sale (PoS) business centres in Niger State and the Federal Capital Territory, Abuja, defrauding, scamming and robbing the operators and customers.
Investigation revealed that the criminals, who sometime appear as PoS operators, used to obtain the details of Automated Teller Machine (ATM) cards of persons who use their PoS machines, and in few hours or days, thereafter, empty their (customers’) bank accounts.
Abdulrazaq Siraja, a graduate of Information Technology from the Federal University of Technology, Minna, recalled an incident where two ‘scammers’ defrauded him.
Siraja, who operates his PoS ‘business’ with the help of a young lady he employed to work for him, narrated how he lost a huge amount of money to the two fraudsters who performed fake cash transactions with Chika Nwendi, the female agent running his PoS business.
Siraja said: “Sometime in January last year, two boys came to my PoS kiosk to deposit  N100,000 into another account.
“It was my shop attendant, who is helping me manage the PoS business, that attended to them.
“She was given a bundle of N1,000 notes. She confirmed the money, and noticed that the money was incomplete. She then returned the money for them to confirm.
“The boys gave her a similar bundle of N100,000 of N1,000. After counting and confirming the amount of the money, Nwendi put the bundle of N1,000 inside her drawer, and then they (the boys) left my shop.
“But reality dawned on her few hours later, when she wanted to audit her daily transactions. Nwendi discovered that the bundle of N1,000 notes also had N100 notes. What the boys smartly did was to cover the inside of the N1,000 notes they gave my PoS agent.
“They put N1,000 note at the top and bottom of the bundle of N100,000 they gave my PoS agent. Then, in the middle of the bundle were just N100 notes.”
Siraja, it was gathered reported the incident to Manager of the Suleja First Bank Branch, who asked him to send pictures of the money (brought by the two fraudsters) and a court affidavit, so that he (the Bank Manager) can freeze the account Siraja deposited money for the scammers.
Few days after, it was discovered that the bank account which Siraja had transfered the N100,000 to (for the fraudsters) belonged to another PoS operator in Kano.
“Over there in Kano, another PoS vendor by name, Musa Aminu, raised an alarm that his bank account was frozen. Aminu then visited the bank, and he was informed about the fraudulent transaction that occurred on his account, from my own endzin Suleja.

“The two boys that defrauded Aminu in Kano were working in concert with the two boys that also scammed my Pos agent in Suleja.
“After the first two guys had succeeded in defrauding my PoS girl, their partners in Kano went to Aminu’s PoS  stand. They told him their uncle wants to send them money to purchase some items, there in Kano.
“Aminu gave them his account number. And within a short period, he received an alert of N100,000. He gave them the cash, and removed his transaction charges,” Siraja further noted.
Seeing that nothing can be done to retrieve the ‘stolen’ money, Siraja and Aminu were told by the Suleja First Bank Manager to jointly share the ‘loss’.
The PoS operator in Kano was asked to give Siraja N50,000, while he – Siraja – will raise N37,000 for himself, as the entire money they (the two swindlers) gave his PoS shop attendant was N13,000.
It was gathered that many PoS customers have experienced a situation where money in their bank accounts where ’emptied’ after patronizing some PoS vendors.