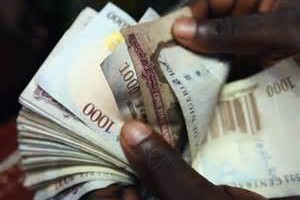 A total sum of N386.879 billon has been disbursed as Federal Allocation for the month of November 2016 for the Federal Government, State Governments and Local Government Councils of the Federation.

The figure was released after the meeting of the monthly Federation Account Allocation Committee, (FAAC) in Abuja.

According to the figures released by Office of the Accountant General of the Federation, the gross statutory revenue of N240.120 billion received for the month was higher than the N238.716 billion received in the previous month by N1.404 billion. Crude Oil export volume decreased further by 0.34 million barrels while the average price of Crude Oil increased, from $46.54 to $47.08 per barrel during the period under review.

The statement which was issued by the Director of Information in the Office of the Accountant General of the Federation, Mrs. Kenechukwu Effie said that federation export sales revenue declined by about $14.74 million.

A brief Force Majeure was declared at Bonny Terminal while the Force Majeure at Forcados, Qua Iboe and Brass Terminals were in place.

Federation revenue was low as a result of Shut-in and Shut-down of Pipelines for repairs and maintenance due to leakages and sabotage, however, Companies Income Tax (CIT) and Value Added Tax (VAT) recorded marginal increases.

The distributable Statutory Revenue for the month is N 206.448 billion. The sum of N 6.330 billion was refunded by NNPC to FGN.
There is a proposed distribution of N 66.000 billion from the Excess PPT Account. Also, exchange gain of N 38.852 billion is proposed for distribution.

The total revenue distributable for the current month (including VAT) is N 386.879 billion.