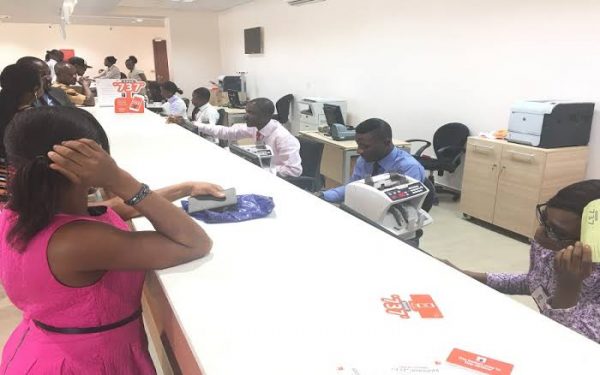 Financial Institution Training Centre (FITC) has expressed worry over the rising involvement of bank workers in fraudulent activities in the Nigerian financial system.

According to the Institution, such bank workers are taking undue advantage of their access to the physical cash to defraud bank customers.

It said that the number of bank workers that were sacked in second quarter 2022 due to fraud represents a 90 per cent increase compared to 10 recorded in Q1 2022.

The report compares the data within the same period in 2021 which showed an alarming 375 per cent increase, as only 4 dismissals for fraud were recorded in the second quarter of 2021.

With a total of N1.17 billion lost to frauds across 24 banks in Nigeria in the second quarter of 2022, 73 bank staff were reported to have been involved in the activities, a 27.6 per cent increase when compared with 60 recorded in the first quarter of the year.

The report gives credence to wide speculations that most fraudulent activities on bank customers’ accounts are carried out in connivance with bank staff.

With the increasing trend of young Nigerians migrating out of the country and the continued lose of key IT staff to Fintech hitting the IT departments of most Nigerian banks, there has been an increase in the number of bank customers losing their hard-earned money to fraud due to the technical lapses left by the trend.

Some banks’ insider sources have also fingered tech staff who are planning their exit for committing some of the atrocities to get enough money to fund their travel.

While advising banks to put adequate measures in place to deter their staff from engaging in fraud, FITC said: “Given the growing number of employees involved in fraudulent activities, banks should exercise extra caution when employing new staff or contracting an outsourcing firm for employment.

“As a measure to curb the involvement of staff in fraudulent activities, staff who have also acted with high integrity in circumstances in which they would have acted otherwise should be duly commended and rewarded for their actions; this sends a positive message to other staff and they too would want to be recognised and rewarded as well.”