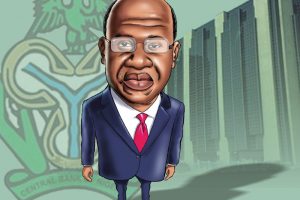 Governor Ifeanyi Okowa of Delta State has described the role played by the Central Bank of Nigeria (CBN) Governor, Godwin Emefiele during the turbulence in Nigeria’s economy as legendary even as he congratulated him on his reappointment by President Muhammadu Buhari.

In a statement today, Thursday, by his Chief Press Secretary, Charles Aniagwu in Asaba, the governor extolled the leadership qualities and astute contributions of Emefiele to the economic development of Nigeria since he was appointed in 2014.

According to Governor Okowa, the CBN governor is an `illustrious son of Delta’, whose remarkable contributions to the banking industry in Nigeria remained legendary and worthy of emulation.

“Mr. Emefiele is an illustrious son of Delta in whom we are well pleased. His astute contributions to the development of the banking industry and the Nigeria economy is legendary and worthy of emulation.”

Governor Okowa emphasized that as a distinguished son, Emefiele has had a remarkable but turbulent first term as CBN Governor, where he successfully played a critical role to steer the Nigerian economy out of recession.

“On behalf of the government and people of Delta, I congratulate Mr Godwin Emefiele on his reappointment for a second term as Governor of the Central Bank of Nigeria,” he said.

The Governor commended President for finding Emefiele worthy to be reappointed.