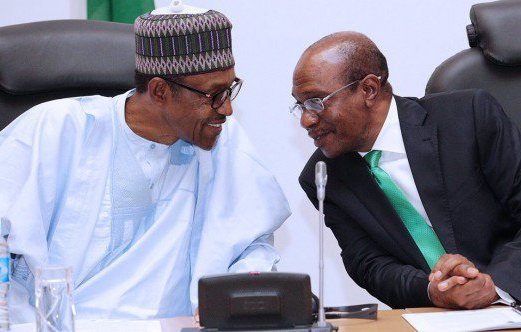 President Muhammadu Buhari has made it clear that he fully supported and approved the plan by the Central Bank of Nigeria (CBN) to redesign naira notes.

A statement today, October 30 by the senior special assistant on media and publicity, Malam Garba Shehu quoted the President as saying that the decision to launch new designs and replace high value Naira notes had his support.

Buhari stressed that there are no bad consequences in the redesigning of the note, adding that is convinced that the nation will gain a lot by doing so.

Garba Shehu said that the President, in a Hausa radio interview with the journalist Halilu Ahmed Getso, and Kamaluddeen Sani Shawai, and is scheduled to be aired on Wednesday Morning, November 2, on Tambari TV on Nilesat.

President Buhari said that reasons given to him by the CBN convinced him that the economy would stand to benefit from reduction in inflation, currency counterfeiting and the excess cash in circulation.

He said that the period of three months given by the CBN for the change to the new notes is adequate to get things done with.

”People with illicit money buried under the soil will have a challenge with this but workers, businesses with legitimate incomes will face no difficulties at all.”

In the interview, the President also addressed issues of food security and national security, among others.