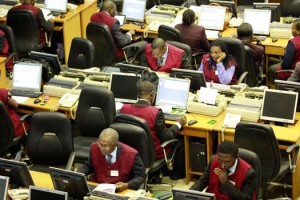 As part of programmes marking its 30th anniversary, Home Science Association Secondary School, Ajegunle-Alakuko, Lagos is scheduled to ring Nigeria Stock Exchange Bell on January 28 to signal the business of the day.
The ringing of the opening bell is believed to symbolize the opening of the securities exchange for its normal daily trading session.
The Present of the Home Science Association Secondary Scholl, Mrs.  Anna A.  Amodu is expected to represent the school to ring the bell.
The programme of event for the 30th anniversary released by a Vice Principal of the school and Chairman of the Organising Committee, Mrs. B. F Adepoju, revealed that the celebration commences on January 27, 2020 with a medical outreach and road walk.
There will be also a friendly match which will take place between HSASS and Christ the King College, Gbagada, Lagos as well as inter schools debate and Variety Day after the Stock Exchange outing on January 28.
A statement from the school said that since its establishment, the school had been recording 100 percent success in the examinations conducted by the West African Examinations Council.