Home BUSINESS BANKING & FINANCE Nigeria Has Not Reviewed Its Revenue Formula For The Past 29 Years... 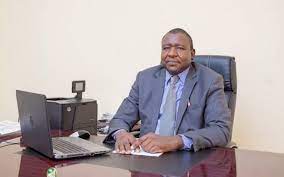 The new chairman of the Revenue Mobilization Allocation and Fiscal Commission (RMAFC), Muhammad Shehu has disclosed that Nigeria has not reviewed its revenue formula in the past 29 years.

Speaking to news men yesterday, August 17, at the Presidential villa, Abuja, the chairman said that this was despite that the Constitution makes it mandatory that  the formula should be reviewed after a period of five years.

“Revenue allocation formula had not been touched for about 29 years. The Constitution says after a period of five years it can be reviewed, looking at the circumstances of the country, you know, more states have been created.”

The chairman admitted that there has been agitation for the review of the formula, recalling that the Commission had successfully done the review “sometimes I think, in February this year, and we have submitted our report to Mr. President.

“What he stated at that time was that he was waiting to see what the National Assembly will do in terms of looking at concurrent list and exclusive list and constitutional amendment.

“If he’s satisfied with what the National Assembly does, he will forward a recommendation and make it an Act so that it becomes a law.

Muhammad Shehu said that it is the responsibility of the Commission to take care of the salaries of political office holders, and judicial officers, as enshrined in the Constitution “that had not been reviewed since 2008.”

“And also, our other responsibility, like monitoring of CBN, monitoring of Ministry of Finance, customs, NNPC; those are huge task for the Commission. And of course, don’t forget that revenue mobilization is also a statutory member in the joint tax board, local government joint account and others.

“So my task is to get our members respond to the task that Mr. president gave them in 2019, when he swore in the new board that thye should try as much as possible to get more revenue and strengthen the monitoring mechanism. That is what we are going to do with all the stakeholders FIRS and NNPC, Federal Ministry of Finance and every revenue generating agency. We have to collaborate to be able to assist Mr. President get more revenue before he leaves office. This is a task that should be done by every meaningful member of the Commission.”