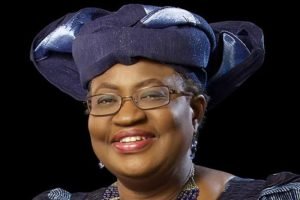 Nigeria’s former minister of finance, Dr. Ngozi Okonjo-Iweala has emerged finally as the Director-General of the World Trade Organisation (WTO), even as President Muhammadu Buhari hailed her.
The WTO, in a statement today, February 16, in Twitter post, confirmed her appointment, saying: “Ngozi Okonjo-Iweala from Nigeria is appointed as the next WTO Director-General.
“Dr. Okonjo-Iweala makes history as the first woman and the first African to lead the WTO.
“Her term starts on the 1st of March 2021,” the statement reads.
According to the statement, the WTO members took the decision to appoint Okonjo-Iweala at a special meeting of the General Council, following a selection process that included eight candidates from around the world.
Okonjo-Iweala’s path to the role became clear after receiving the backing of the administration of US President Joe Biden.
Her rival, Yoo Myung-hee who is South Korea’s trade minister had earlier withdrew from the race.
This was even as President Buhari said that the appointment of Okonjo-Iweala has brought joy and more honour to Nigeria.
The President noted that her track record of integrity, diligence and passion for development will continue to yield positive results and rewards to mankind.
He described her as Harvard-educated and renowned economist, who is now set to take up another onerous task of service to the world and humanity.
President Buhari said that Dr. Okonjo-Iweala, who over the years set major records of economic reforms in Nigeria as Minister of Finance, and later Minister of Foreign Affairs, will excel in her new position and validate the global mandate of repositioning and strengthening the multilateral institution for the greater good of all.
The President joined family, friends and colleagues in wishing Dr. Okonjo-Iweala well in her new endeavour.