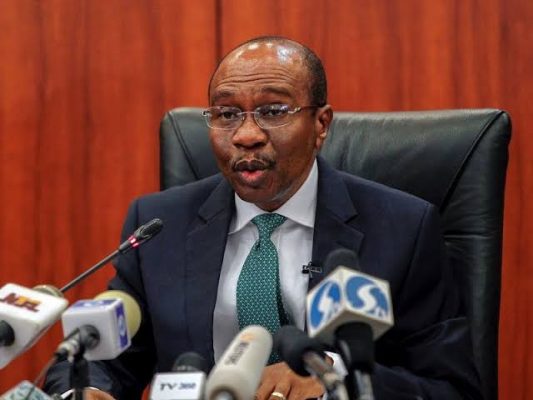 The Monetary Committee of the Central Bank of Nigeria (CBN) has expressed open concern over what it called “rising trade tensions, particularly between the US and its key trading partners in Europe, Canada, China and India.”

It is also worried about the rising debt levels in some Advanced Economies and Emerging Markets and Developing Economies (EMDEs) as well as growing political uncertainties across several regions.

In a communiqué today, July 23, after a two-day monthly meeting in Abuja, the CBN Committee stressed that such tensions have weakened Global economic output, adding that the persistent headwinds are expected to continue for the rest of the year, 2019.

Reviewing the global economic development against Nigeria’s economy, the CBN Committee, headed by its Governor, Godwin Emefiele, said that the International Monetary Fund (IMF), had, because of such gloomy picture, downgraded its 2019 global growth forecast from 3.6 per cent to 3.3 per cent.

Price developments across the major advanced economies remained muted alongside softening output growth.  In the Emerging Markets and Developing Economies (EMDEs), however, inflationary developments were mixed in response to challenging macroeconomic conditions.”

The Committee noted that the return to monetary accommodation by the advanced economies could see a new wave of capital flows to the EMDEs as investors continue to search for higher yields.

On domestic front, the CBN Committee said that available data from the National Bureau of Statistics (NBS) showed that real Gross Domestic Product (GDP) grew by 2.01 per cent in the first quarter of 2019, driven by the non-oil sector, compared with 2.38 and 1.89 per cent in the preceding and corresponding quarters of 2018, respectively.

“The Committee noted the continued but moderate expansion in the economy as indicated by the Manufacturing and Non-Manufacturing Purchasing Managers’ Indices (PMI), which grew for the 27th and 26thconsecutive months in June 2019. The indices stood at 57.4 and 58.6 index points, respectively; in June 2019.Staff forecast indicate a 2.11, 2.39 and 2.56 per cent growth in GDP in Q2, Q3 and Q4 2019, respectively, expected to be driven largely by the non-oil sector. The Committee, however, noted that the downside risks to the growth projections to include low credit to the private sector; high unemployment; delayed intervention of fiscal policy as well as low revenue and fiscal buffers, amongst others.The continued intervention by the Bank in the real sector is, however, expected to partly ameliorate the downside risksonly in the short-run, while sound fiscal policy is expected to drive growth in the medium to the long-run.

“The Committee welcomed the moderation in headline inflation (year-on-year)to11.22 percent in June 2019from 11.40 per cent in May 2019.This was attributed to the decline in the Food and Core components to13.56and 8.80 per cent in June 2019from 13.70 and 9.03 per cent in May 2019, respectively. It noted the development as being partly due to the CBN’s support to the agricultural sector and the prevailing stability in the Nigerian foreign exchange market. The MPC further noted that although inflation moderated in June 2019, the continued pressure on prices continues to be associated with structural factors such as the high cost of electricity, transport and production inputs. The MPC, however, expects that with the commencement of the harvest season, food prices will taper further downwards. It thus, however, advised that the security challenges in some parts of the country should be addressed urgently to increase agricultural produce in order to sustain the downward trend in inflation.”

The MPC reiterated its commitment to ensure the maintenance of price stability.

“Accordingly, the monthly weighted average Inter-bank call and Open Buyback (OBB) rates, oscillated within the MPR corridor, increasing to 8.38 and 8.71per cent in June 2019 from5.14 and 8.34 per cent in May 2019, respectively.”

The Committee noted with concern the continued bearish trend in the equities segment of the capital market in spite of the sustained capital inflow to the economy, reflecting continued portfolio reallocation from equities to fixed income securities. Consequently, the All-Share Index (ASI) declined by 9.11 per cent to 28,566.79 index points on July 12, 2019, from 31,430.50 index points at end-December 2018. Market Capitalization, however, grew by 18.77 per cent to N13.92 trillion on July 12, 2019, from N11.72 trillion at end-December 2018.This was due largely to the additional listing of new firms during the review period.

“The Committee welcomed the continued stability in the foreign exchange market and the steadyaccretion to external reserves, which stood at US$44.88 billion as at July 19, 2019, representing a 0.38 per cent increase from US$44.71 billion at the end-June 2019. The MPC also noted the steady moderation in the Non-Performing Loans (NPLs) ratio of the banking industry to 9.36 per cent in June from 10.95per cent in May 2019. While this remained above the prudential benchmark of 5.0 per cent, its continued moderation indicates the improved resilience of the banking system. The Committee thus emphasised its resolve to further drive down the Non Performing Loans (NPLs)in the industry so as to strengthen the strategic health of banks in the Country.”