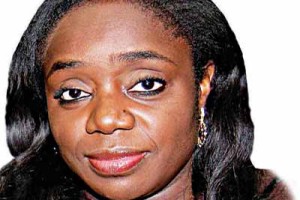 In continuation of the Muhammadu Buhri’s government sourcing for funds to execute its projects, the minister of finance, Kemi Adeosun today, Wednesday, presented a memorandum seeking approval for the issuance of the $1 Billion Eurobond in the International Capital Market (ICM).

The minister, who presented the memo to the Federal Executive Council (FEC) meeting, also included the appointment of Transaction Parties responsible for the execution of the Programme.

She said that the selection was based on an open and competitive bid process in line with the Public Procurement Act, 2007 and a certificate of “No Objection” was received from the Bureau of Public Procurement (BPP) to award contracts to the recommended Parties.

“We have so far, received strong commitment from the international community.  Investors believe in the long-term economic outlook for Nigeria as we continue with our structural reforms and increased focus on infrastructure development to diversify the economy and grow the non-oil sector.

“Stable oil prices and steadying foreign reserves will support our plans and we expect high demand for this issue to further push down yields. We are confident that this will be a successful outing in January, 2017.” [myad]