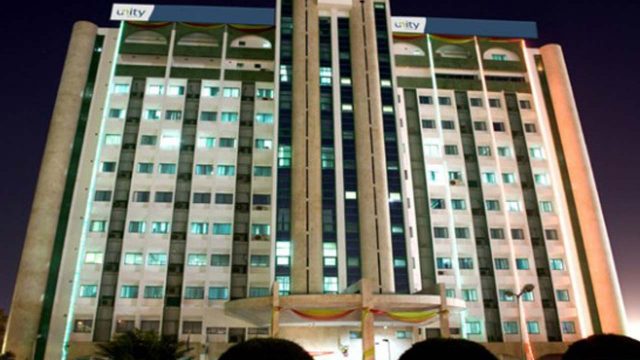 The National Industrial Court in Ikoyi, Lagos has ordered Unity Bank to pay Arese Alonge, a former Executive Director of the bank, the sum of N42.7 million in special damages, over unlawful dismissal.

The Judge, Justice J.D. Peters held that Unity Bank did not follow the mandatory provisions of Sections 262 and 266 of the Companies and Allied Matters Act (CAMA) in firing Alonge, who had worked in the bank for three months.

Section 262 provides that for a director to be removed, he or she must be served a requisite notice of a meeting, while Section 266 provides the procedures for removal of directors.

Justice Peters said: “I note that for reasons best known to the defendants they chose not to address the issue of service of requisite notice of meeting on the claimant; the pleadings of the defendants are silent on this. Exhibit AA8 which is the letter conveying the alleged board’s decision to terminate the appointment of the claimant, did not state the date of the alleged meeting where the decision was taken.

“I find and hold that the claimant was entitled to be served, but not served notice of the board meeting as required by law. “I declare that her removal was in violation of the provision of CAMA particularly Section 266(1) and (2) and the violation renders the meeting invalid by virtue of Section 266(3). l therefore pronounce the said removal of the claimant invalid. The claimant must be deemed to be and is still is the Executive Director of the first defendant. I so pronounce it.”

The judge declared that the letter of termination of appointment issued to Alonge by Unity Bank dated January 14, 2015 was null and void and as a result, she is still an executive director of the bank.

“The claimant is to continue to enjoy all the entitlements, benefits, emoluments and all other rights and or privileges attached or appertaining to the office and position of executive director of the first defendant,” Justice Peters said.

The judge ordered that Unity Bank should pay Alonge her basic monthly salary of N1.3million, commencing from January 30, 2015 till the date of the judgment.

Justice Peters ordered that in addition, Unity Bank should pay Alonge special damages of N42.7million which is the allowances and benefits entitled to her as an Executive Director from January 30, 2015 till the date of the judgment.

Alonge’s claims for N30 million executive director profit sharing entitlement, N250 million general damages and N20 million solicitor’s fees were, however, dismissed by the judge. The court also granted an order of perpetual injunction restraining the bank or its agents from harassing and intimidating Alonge.

On February 11, 2015, Alonge instituted a suit against Unity Bank and Henry Semenitari, the Managing Director of the bank.

During the court proceedings of February 27, 2017, Alonge, led in evidence by her counsel Mr Kemi Pinheiro (SAN), said her services were engaged on October 1, 2014 and she resumed work immediately, contributing to the key growth of the bank.

She told the court that on January 14, 2015, her appointment was terminated on the basis that her services “were no longer required.”Alonge had noted that she was not given any notice of meeting where the purported board’s decision to terminate her appointment was made.

Opening their defence on May 31, 2017,  Alaba Williams, a staff of the Unity Bank and their sole witness told the court that when Alonge was hired to work for the bank, she had promised to mobilize N50 billion deposit for the bank.

Led in evidence by Paul Eishemomoh, counsel for Unity Bank, Williams, said her inability to deliver on her promises prompted the bank to issue her letters of query dated December 19, 2014 and January 7, 2015. Williams said the claimant’s response to the queries was considered by Unity Bank’s Governance and Nomination Committee meeting held on January 13, 2015.

He said she was sacked by the bank on January 15, 2015 on the recommendation of the committee due to her alleged non-performance and bad attitude.