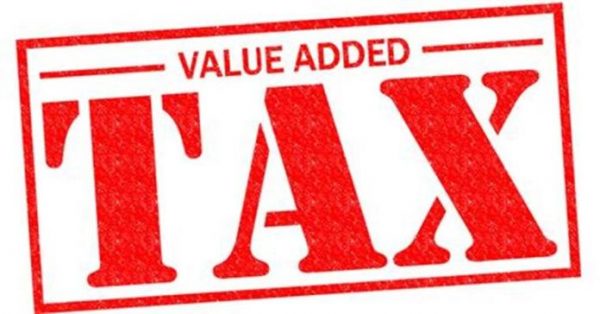 National Bureau of Statistics (NBS), has said that the sectoral distribution of Value Added Tax (VAT) data for 2020 showed that the sum of N651.77 billion was generated as VAT in the first six months of 2020 as against the N600.98 billion generated in the first half of 2019. This represents 8.45 per cent growth Year-on-Year.

According to NBS report, Professional Services generated the highest amount of VAT with N95.92 billion and closely followed by other Manufacturing, generating N67.63 billion, Commercial and Trading generating N31.10 billion while Mining generated the least and closely followed by Textile and Garment Industry and Pharmaceutical, Soaps and Toiletries with N127.58 million, N499.19 million and N648.78 million generated respectively.

It said that the balance of N154.21 billion was generated as NCS-Import VAT.

Overall, twenty-one out of the twenty-eight sectors recorded declines in VAT remittances in second quarter of 2020, a significant decline which may be largely attributed to the COVID-19 induced lockdown across the country during the period.

Also, the manufacturing sector recorded a 19% decline in VAT remittance from N37.3 billion in Q1 2020 to N30.2 billion. NBS said that VAT earning from oil marketing plugged 18.8%, while oil production dropped by 7.4%.

EFCC alleged that the invitees made revelations indicting Omolori, after which letters were sent to him on November 4, 2019, but that he failed to honour it.

EFCC said that it sent another letter to him on March 16, but that he still failed to honour it, adding that the commission is left with no option than to approach the court for a warrant of arrest to be issued against the respondent.

After listening to the counsel to the EFCC, S.N. Robert, the judge granted the commission’s application.

“I have considered the application, I averted to Paragraph 7 of the supporting affidavit and Exhibit EFCC 4 wherein the respondent was said to have ignored invitations to report in the applicant’s office without any justifiable reason.

“It is clear to me that Section 3 of the Administration of Criminal Justice Act (ACJA), 2015 can be invoked in the circumstances of this case in granting this application and I so do.

“Warrant of immediate arrest is hereby issued against Mohammed Omolori, the former Clerk of the National Assembly forthwith.”

58.52 Million Nigerians Are Employed; 21.77 Million Not Employed – Bureau Of Statistics

58.52 Million Nigerians Are Employed; 21.77 Million Not Employed – Bureau Of Statistics