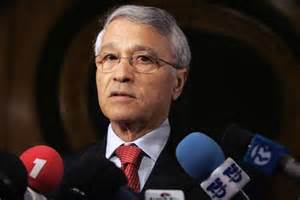 Nigeria may face economic ‘Tsunami’ from next year when demand for its crude oil, which represents over 80 percent of its national income, is predicted by Organization of Petroleum Exporting Countries (OPEC) to decline by about 300,000 barrels per day (bpd).
OPEC predicted similar decline in demand for crude oil from the other 11 member oil-cartel by the same quantum of bpd.
The prediction is predicated against the backdrop of surging supply from non-OPEC producers, particularly the United States (US).
The US was said to have overtaken Saudi Arabia and Russia to become the world’s biggest producer of oil as extraction of energy from shale rock strengthens the nation’s economy, Bank of America Corporation said in a report last week.
With efforts towards lifting the almost 40-year-old ban on crude oil exports in the US gaining attraction, Nigeria and other oil-exporting West African countries are at risk of losing a share of the global crude oil export market when US crude exports come online.
In its monthly oil market report, released yesterday, OPEC said that it expected demand for crude produced by its members to fall to 29.4 million bpd in 2015, down from 29.7 million bpd estimated for this year.
“The above forecasts suggest a demand for OPEC crude of 29.4 million bpd in 2015, a decline of 300,000 bpd from the current year,” OPEC said.
“Therefore, even if next year’s world economic growth turns out to be better than expected and crude oil demand outperforms expectations, OPEC will have sufficient supply to provide to the market,” the cartel said.
OPEC said its crude oil production fell by 79,000 bpd to 29.7 million bpd in June from 29.78 million bpd in May, according to secondary sources. Iraq led the crude oil output decrease, while crude oil production from Saudi Arabia and Nigeria experienced an increase in June.
Production from Nigeria last month, according to secondary sources, was 1.911 million bpd, up from 1.868 million bpd in May. Based on direct communication, only Nigeria had no data for its crude oil production in June.
Non-OPEC supply is expected to grow by 1.3 million bpd in 2015 to average 57 million bpd. OECD Americas is expected to see the highest growth, with contributions from the US and Canada, followed by Latin America, due to the increase in Brazilian production.
World oil demand in 2015 is forecast to grow by 1.2 million bpd to average 92.3 million bpd, higher than the growth of 1.1 million bpd estimated for 2014. For the first time since 2010, OECD oil demand is expected to grow, increasing by 40,000 bpd, with America being the only OECD region exhibiting growth.
Following the significant decline in crude imports to the US from Nigeria in the past few years, on the back of shale oil production boom, crude exports from Nigeria and other West African countries to Europe have been steadily increasing since 2010 from 870,000 bpd to 1.42 million bpd last year, according to shipbroker Gibson, in its recent report.
But there has been a persistent overhang of West African crude oil cargoes on the market since May.
Trade is said to have been slow due to lower demand from Asia and Europe. [myad]